Execution propels Union to first road win since May 2017 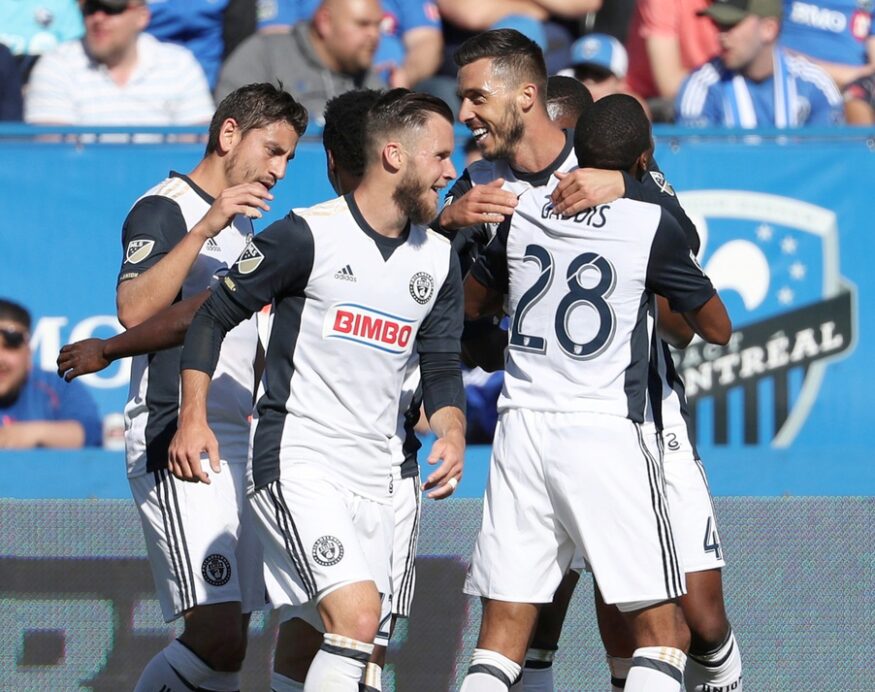 The Philadelphia Union’s road travels have not been fun to watch over the last few seasons with the team struggling for consistency. Zero road wins so far this season, and only seven in the past three seasons total was just a highlight of the struggles Jim Curtin’s side has had to go through.

However, after two road losses already this roadtrip the Union buckled down and got a massive win on Saturday. Philadelphia used goals from Cory Burke and Haris Medunjanin to defeat the Montreal Impact 2-0 at Stade Saputo. It was the first road win for Philly since May 13th, 2017, and their first road clean sheet since Sept. 17th. Curtin praised the performances of several players postmatch.

“Overall, I’m very happy with the performance,” Curtin said. “The players really executed and they did everything we asked of them. It was a complete team effort by the guys today and a lot of the players had good performances.”

Following their 1-0 loss to the Crew on Wednesday, Curtin stated he would make a few changes in the lineup selection due to injuries and fitness. C.J. Sapong missed out due to a concussion, giving Burke the chance to start up top. In his first MLS start, Burke scored his first goal for the club in the first-half. The Jamaican’s afternoon was cut short though after seeing a straight red card before the hour mark, after a foul on Samuel Piette.

Daniel Lovitz was sent off in the 67th minute for Montreal after a foul on Fafa Picault, making it 10 v. 10 for the final 20+ minutes. Medunjanin sealed the points for the Union as he netted his first goal of the season in the 88th minute.

“The team also did a very good job on Nacho Piatti, who in my opinion is one of the best attackers in the league,” Curtin said. “Keegan Rosenberry did a really good job, Mark McKenzie helped out too and so did Ale Bedoya. We needed to have fresh legs on the field and a lot of our guys stepped up in a big way. From our teenage centerbacks to Cory Burke up top, I thought every guy on the field left everything out there today which was key.”

McKenzie, another homegrown product started for Jack Elliott while Ray Gaddis took the place of left-back Fabinho. Picault paired with Marcus Epps on the wings, leaving Ilsinho and David Accam on the bench. It was a bold move by Curtin to make that many changes when the club needed points. However, it was a move that paid off which saw Philadelphia move to 11 points on the season.

“The teams that are around us in the standings whether it’s Montreal, New England, D.C. United, Columbus we have to try to take away as many points from those teams as possible,” Curtin said. “Obviously, Toronto, Atlanta, and NYCFC are going to run away a little but this group showed a lot of fight today. Really happy with the three points and the players deserve all the credit.”

Defensively, the Union limited to Montreal to four shots on goal, with Piatti the star of the bunch held to zero. McKenzie and fellow homegrown defender Auston Trusty looked confident and made it hard for the Montreal forwards to get a look at goal. Burke brings more pace up top than Sapong, and very well could see his role increase with the veteran out.

“To get the win today kind of shakes off the red card feelings,” Burke said. “I was pretty confident when I heard I was going to start. I couldn’t wait for this day to come to show the coaches and everyone what I can do for the team moving forward. It was a good feeling to get the three points but overall I cannot let my team down like I did getting sent off.”

It may just be three points, but overall a win like this could mentally prepare the Union for a busy rest of May. They return home to face Real Salt Lake on the 19th, before traveling to Red Bull Arena on the 26th. A home date with Bastian Schweinsteiger and the Chicago Fire closes out the month on May 30th. Being able to end a horrid run of form on the road, definitely can help the Union become even more confident no matter what starting XI is on the field.

“It gives us back confidence,” Medunjanin said. “It is very important to win games on the road and today was a good win. But we need to continue, because we play Salt Lake next week so if we lose that game everybody is going to forget about this game.”