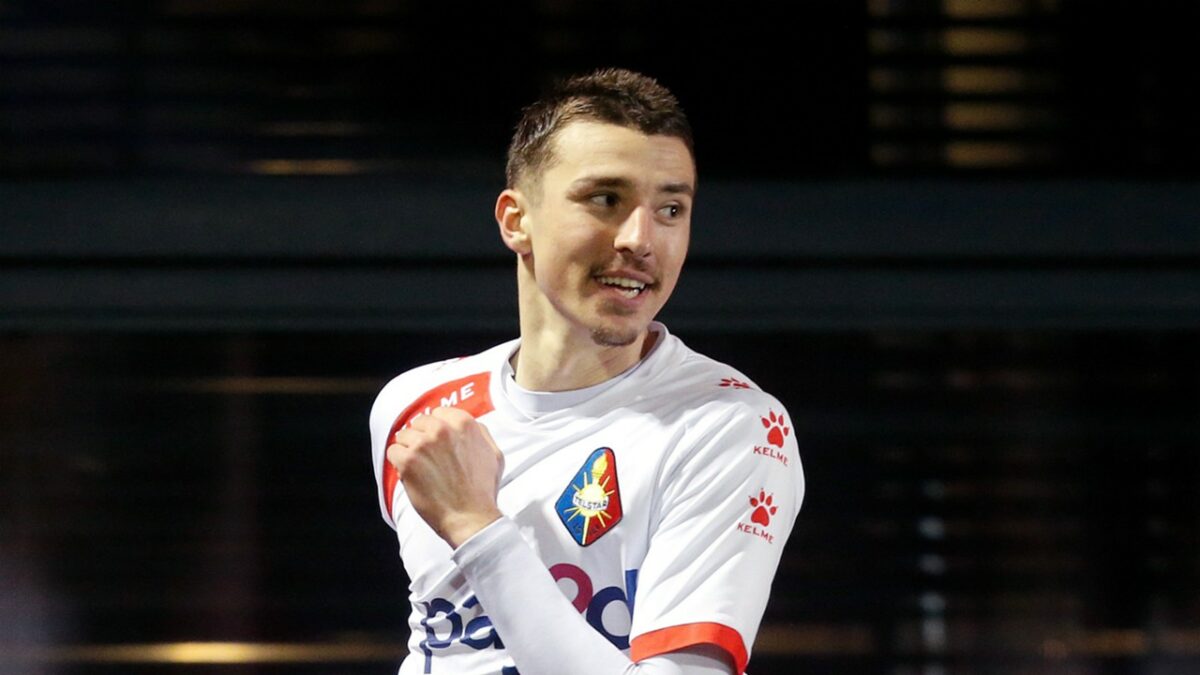 Andrija Novakovich has plenty of reasons to be confident.

He’s fresh off a standout season at Telstar, one which saw him breakout with 22 goals. He’s also still riding the high of his first U.S. Men’s National Team appearance, one well-earned due to his performances on the club level.

Now, Novakovich is looking to make a push for both club and country, and that push begins on Monday against Bolivia.

The 21-year-old forward is one of two pure strikers called into USMNT camp ahead of the upcoming friendly. Joined by Josh Sargent, Novakovich is embracing this match as an opportunity to become more acclimated with the international game. It’s just his second camp, after all, and the Wisconsin-born forward is looking to ride some of that confidence en route to early USMNT success.

“It’s a good feeling, and you just want more and you want to keep going,” Novakovich said. “It’s an honor to come here to try and showcase as much as possible. You work hard, take your rest when you can, and be ready when called upon for club and country.

“It’s a different step. Playing on the international stage is a big step and it’s a big difference from the club level, from any level. I’m going to try and do my best, work hard and show the coaches what I can do.”

On loan from Reading, Novakovich spent all season showing what he can do. His 22 goals helped push Telstar to the precipice of promotion before the team fell in the second round of the promotion playoff.

Novakovich says he enjoyed the experience, although he’s not fully sure what’s next when it comes to his parent club.

“I think it was a combination of many things,” he said of this past season. “The staff and the coaches were brilliant. It was a good team spirit. Everybody believed in each other and we had a good team camaraderie. It was just a good feeling all around with the club. The players around me helped me achieve what I achieved. We did a lot this season together and it was a good team.

“We’re speaking now with (Reading) and my people. We’ll try and find the best solution for me and my development and what’s best for all parties.”

Heading into the USMNT’s friendly with Bolivia, Novakovich seems to be in line for a start. Head coach Dave Sarachan says Novakovich and Sargent are competing for a starting gig while the interim boss also didn’t completely shut down the idea of playing with two up top.

Sarachan pointed to Novakovich’s size as a major asset, especially with talented players like Christian Pulisic, Timothy Weah, Julian Green and Lynden Gooch as possible options on the wing.

“For a big guy he’s got more tools in his tool box in terms of movement,” Sarachan said of the forward. “His first touch and ability to play in channels, and not just be a high guy that stands there and is pretty good in the air. And he’s deceivingly fast when he gets going. I think he offers something unique in that regard.”

Novakovich is looking forward to that chance to not just prove himself, but to do so on U.S. soil. Since joining Reading in 2014, opportunities to play in the U.S. have been hard to come by.

With that, Novakovich is confident and ready following a standout season. He knows that his future remains up in the air, and that another strong performance against Bolivia could be a major launching point for the forward’s career for both club and country.

“It helps, the confidence and stuff. You always have to work hard coming into these camps,” Novakovich said. “There are some good players. Everyone is good. You have to earn everything. It’s a massive confidence boost, but we’re ready to work.”