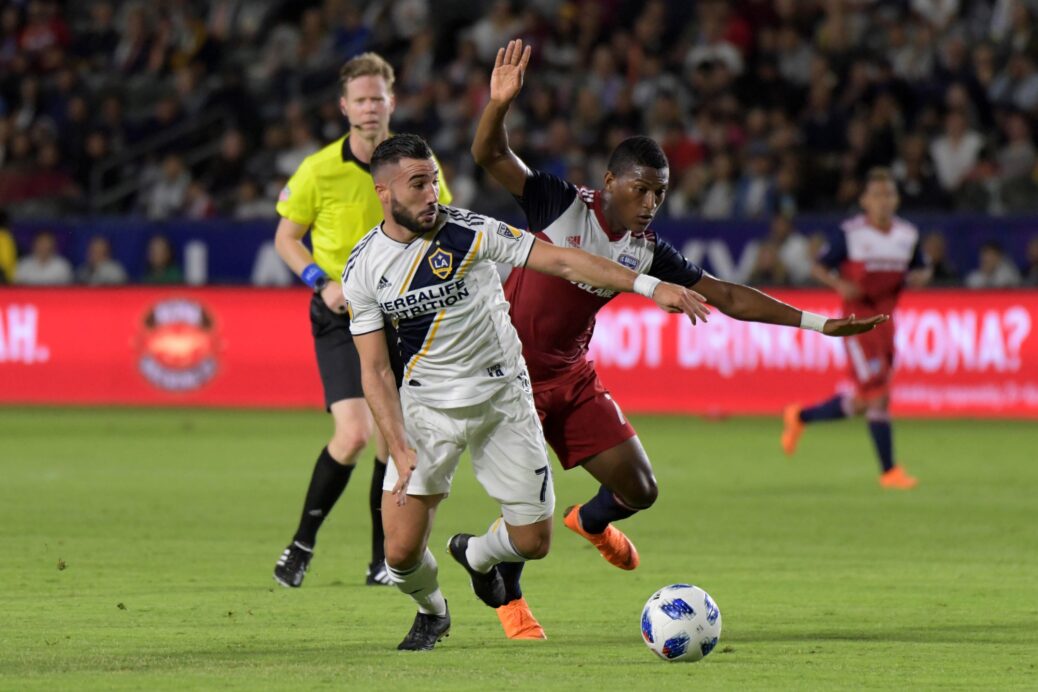 The LA Galaxy appeared to be trending upward, but any momentum they created over the last two games came to a crashing halt Wednesday in a 3-2 home defeat to FC Dallas.

Wednesday’s loss followed a similar pattern to the May 12 meeting between the two teams at Toyota Stadium. In the first meeting, FC Dallas scored the first two goals before the Galaxy fought back with a goal.

Oscar Pareja’s side jumped out of the gates with a trio of tallies, all of which took advantage of questionable defending, to put the Galaxy under pressure once again.

“We didn’t come out in the first half how we’ve wanted to,” Galaxy defender Ashley Cole said. “Again at home, we conceded sloppy goals.”

Zlatan Ibrahimovic handed the Galaxy a lifeline in the 69th minute, but he wasn’t able to find the back of the net again until the seventh minute of second-half stoppage time.

“I want to win the games,” Ibrahimovic said. “I was suspended the last game, today I come to play and I just wanted to go in and play, and help my teammates, help the fans and the club to get the win, but obviously it was not enough.”

The loss dropped the Galaxy to 3-4-0 at StubHub Center, and if it wasn’t for two road victories, they’d be in terrible shape at the moment.

“It’s all about winning,” Ibrahimovic said. “It doesn’t matter how much you give if you don’t win. If the other team would be Barcelona or Real Madrid then I would say yes, we put in the hard work today and it was not enough, but we didn’t play against those teams so, no.”

As it has for most of the season, frustration set in after the latest Galaxy loss, and even though there’s plenty of time left to get things turned around, five losses in the last seven games can’t be ignored.

“I think everyone’s frustrated,” Cole said. “In preseason we come here and we have a lot of new faces and we’re kind of expecting from each other to really fight for the championship. There’s still a long way to go, but I’ll admit it’s not going our way.

“So everyday we train hard, we play well together,” Cole said. “So when it doesn’t work out on the pitch it’s disappointing. It’s not just me, I think all of the players are disappointed. Individually we can do better and as a team we can do better.”

Schmid took responsibility for parts of the loss, as he tried to manage his squad in the middle of a busy stretch.

“Part of it is me,” Schmid said. “I made some lineup changes because I thought with the game coming up with Portland I thought we needed to make sure we had some guys who were fresh. So the first thing I’m going to do is analyze if I made the right decisions, but obviously there’s other opportunities.”

“We have more than 11 players on this team and when your number is called you’ve got to be ready,” Schmid said. “Just our intensity and our desire, our drive, our determination in the first 15 minutes was not good.”

The good news, if there is any to take from the loss, is the Galaxy can right their wrongs in a short period of time, as a trip to Portland on Saturday awaits.

However, the Galaxy need to be much better to earn a result at Providence Park and prove Wednesday’s slip-up wasn’t a true representation of their 2018 identity.

“It’s tough, I know there has been different line ups and injuries, but there is no excuse,” Galaxy midfielder Sebastian Lletget said. “I think collectively we need to come together, we have to make it work and we have to start in Portland.”