Guillermo Barros Schelotto interested in coaching in MLS one day 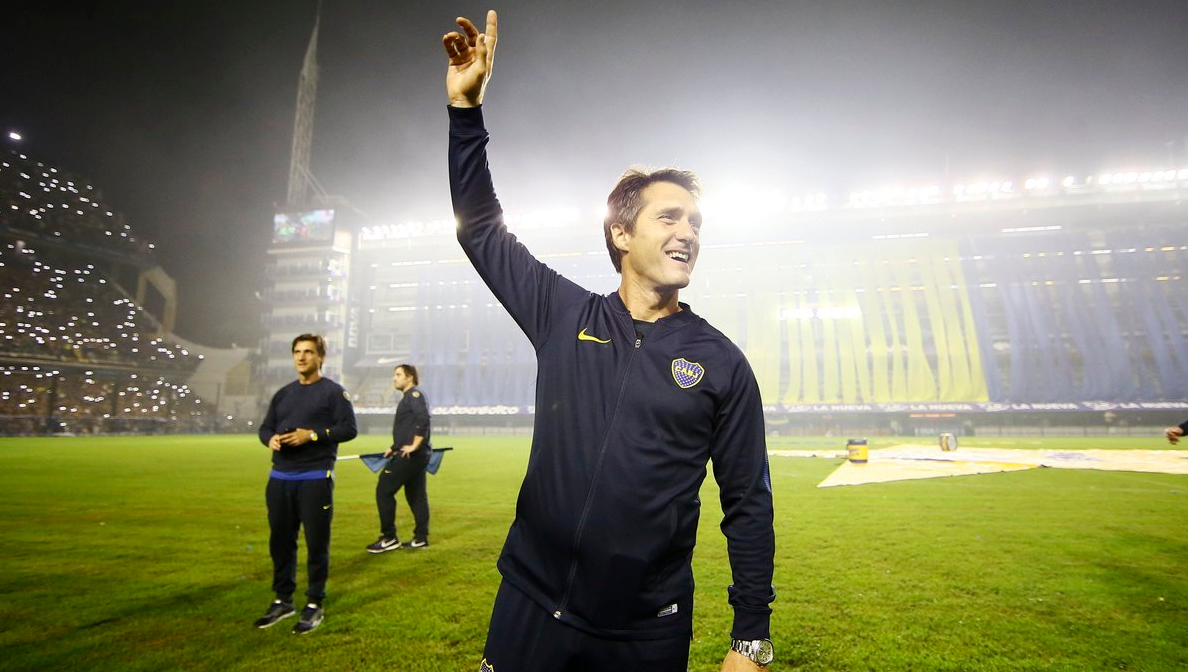 A former MLS MVP is potentially interested in making a return to the league as a coach.

Guillermo Barros Schelotto, currently managing at Boca Juniors in his native Argentina, told Goal.com that he may have a desire to coach in MLS in the future.

“Yes, without doubt one day I’d like to manage (here),” he said while in Los Angeles to watch the Mexico national team take on Wales. “I don’t know when and things in Boca are going really well, I’m really happy and it’s a big challenge, but obviously one day in the future I’d like to manage in MLS.”

The 45-year-old played four seasons with the Columbus Crew and won the MVP award in 2008. He has coached at Boca Juniors since 2016 and has won the Primera Division in consecutive seasons.

He praised the tactical evolution of the league, as well as the contributions of managers like Peter Vermes and Greg Vanney, as well as his countryman Tata Martino.

“When I played here, everyone played the same. Four defenders, four midfielder and two forwards. At the end, when I left after four years, you started seeing some changes,” he said. “Now a lot is changing. You see Toronto playing with three at the back, Kansas City with three forwards, things you didn’t see, different teams using different tactics. That also helps players evolve and teams change.”