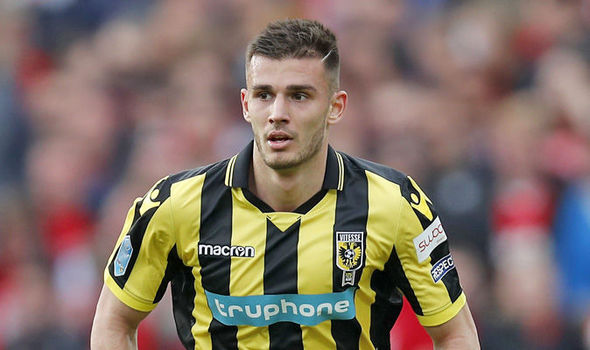 Vitesse sits 90 minutes away from a place in next season’s Europa League qualification rounds.

The Eredivisie club defeated FC Utrecht, 3-2, at the Gelredome on Tuesday, putting themselves a leg away from snatching their spot in European competition. A game winning header by Guram Kashia won the leg for Vitesse after seeing being pegged back twice by their opponents.

Mason Mount’s opener was canceled out by Ramon Leeuwin in the 62nd minute which saw the scoreline sitting at 1-1. Bryan Linssen’s close-range finish in the 78th minute regained the lead for Vitesse, only to see Zakaria Labyad level again for Utrecht.

Kashia, the centerback partner to American defender Matt Miazga rose highest and headed in the winner from a set piece situation. Miazga and Kashia led Vitesse in passing, with 54 completed passes apiece.

Miazga now has 41 appearances for Vitesse in all competitions this season.

The tie switches to Utrecht on Saturday, with the hosts holding the away goal tiebreaker.