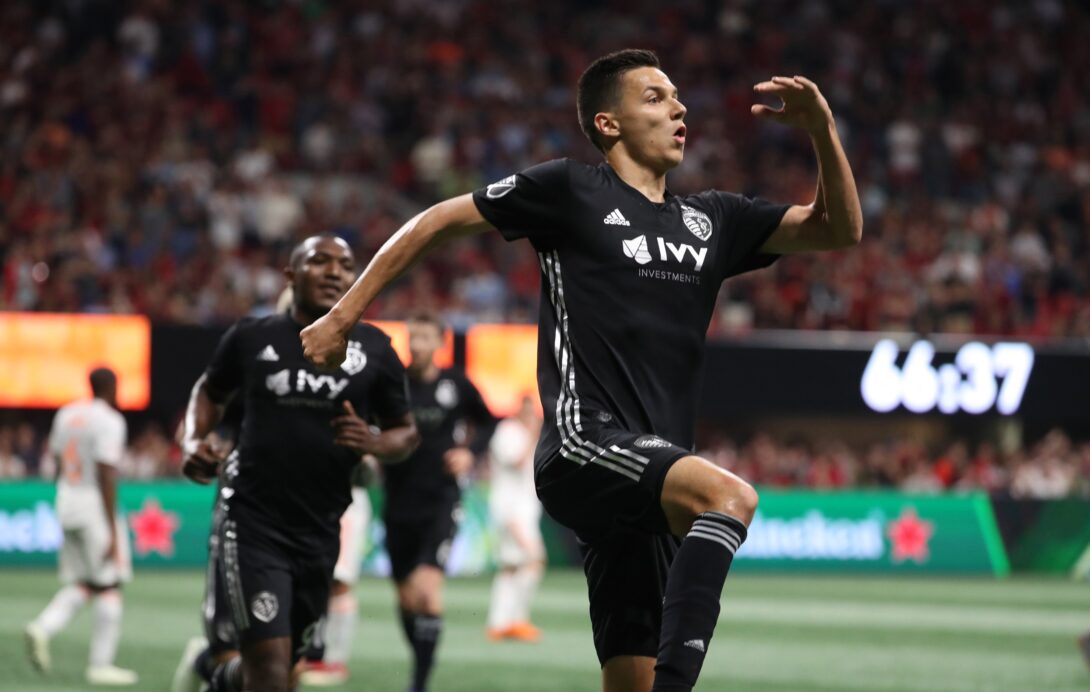 Major League Soccer isn’t at the forefront of the American soccer conversation this weekend because of the European finals and the re-emergence of Christian Pulisic with the U.S. Men’s National Team.

Starting Friday, the Week 13 slate features a fast start with three intriguing matches, including the renewal of one of the league’s oldest rivalries.

After a decent Saturday slate, the weekend concludes with an intriguing Eastern Conference versus Western Conference showdown that will serve as a good litmus test for both sides.

Below is a look at the entire collection of games being played in Week 13.

Two of the top domestic candidates for the USMNT managerial job square off on the national stage on Sunday.

Gregg Berhalter’s Columbus Crew are third in the East with wins in four of their last five games.

Peter Vermes and Sporting Kansas City top the Western Conference heading into Week 13, and it boasts a three-game unbeaten run of its own.

Goals have been a fixture of the past four matchups between the Crew and SKC, as the last shutout was recorded in 2014 by SKC.

Toronto FC finally started to right the ship in Week 12, as Ryan Telfer provided the necessary boost to get past Orlando City.

Now the challenge for the Reds, who get Sebastian Giovinco back from suspension, is to build on that performance and start climbing up the East standings.

FC Dallas is no stranger to slides, as it experienced one in 2017 before rebounding at the start of the 2018 campaign.

Oscar Pareja’s men enter BMO Field off a disappointing 2-2 draw at home against Vancouver in which they conceded a stoppage-time equalizer to Kei Kamara.

Patrick Vieira watch comes to BBVA Compass Stadium, as rumors continue to swirl about the future of the New York City FC manager.

Since starting the season in terrific form, NYCFC has dropped off in the last five games, opening the door for Atlanta United to take control of the East.

Houston is coming off a come-from-behind win over Chicago, which was powered by Alberth Elis’ brace, and it appears the Dynamo is starting to get things rolling in the right direction with a three-game unbeaten streak.

Extending that run to four games will be difficult against the David Villa-led NYCFC attack, but there’s a chance the speculation about Vieira’s job could affect NYCFC.

The Cali Clasico might be the electric affair we’re used to seeing between the San Jose Earthquakes and LA Galaxy, but it could end up being a lot less appealing given the form of both teams.

The Galaxy picked up a much-needed victory in Montreal in Week 12, but it also felt like a loss since Zlatan Ibrahimovic was sent off.

Both teams are in need of a result and don’t have the best defenses, which could make the latest Cali Clasico one to remember because of a 5-4 shootout.

Unfortunately if it goes that way, Alan Gordon won’t be available to score a late goal for either side.

Real Salt Lake have looked like one of the worst teams in MLS over the last few weeks.

The Claret and Cobalt have one victory in their last four contests, and that win was an unconvincing home win over 10-man D.C.

Seattle appeared to reach a breakthrough at the start of Week 12 with a win in Toronto, but it slipped up against rival Portland a few days later.

Saturday’s MLS opener appears to be a perfect remedy for the Sounders’ struggles, but nothing is guaranteed with Brian Schmetzer’s team this season.

Kei Kamara faces one of his many former teams Saturday at BC Place, as the Whitecaps play host to the New England Revolution.

As they usually are, the Whitecaps are one of, if not the most, befuddling teams in MLS.

Carl Robinson’s team fought back to earn a point in Frisco in Week 12 after a pair of 2-2 draws at home with Houston and San Jose.

The Revs have alternated a win and loss in their last four, and Saturday marks the start of a tough four-game stretch that features games against Atlanta United, New York Red Bulls and Chicago.

Philadelphia established itself as the best of the lower tier of teams in MLS with wins over RSL and Montreal, but now it wants to prove it’s more than that.

The perfect opportunity presents itself Saturday, as the Union travel up I-95 to play the Red Bulls, who enter with plenty of confidence following a 3-1 road triumph in Atlanta.

Although Luis Robles is still out, the Red Bulls will have Tyler Adams and Kemar Lawrence available for selection after injury scares Sunday.

Chicago and Orlando are trending downward entering their Week 13 clash, as they both come into the game at Orlando City Stadium on two-game losing streaks.

The Lions are in better shape given their early-season success, but they can’t afford to slip up for a third straight game, especially because it takes place at home.

Veljko Paunovic’s Fire need to find a fire inside them to get out of their slump, and they are in danger of falling further down the East if they lose Saturday and in Philadelphia on Wednesday.

Saturday’s MLS schedule isn’t great by any stretch of the imagination, but Montreal’s trip to TCF Bank Stadium could be the worst of the collection.

The Impact have one win in their last eight games, with two losing streaks of more than three games already in their possession,

Minnesota United’s dealt with crushing injuries, and it is still working through dealing with the losses of Kevin Molino and Ethan Finlay.

The Loons also have to overcome the defensive downfalls of Francisco Calvo, which are making him look more like Vadim Demidov.

The red-hot Portland Timbers are the only reason why you should show up to Dick’s Sporting Goods Park on Saturday.

Giovanni Savarese’s team carries a five-game winning streak into a clash with the Colorado Rapids, who have been nothing short of terrible, which might be a compliment to them right now.

The only thing going for the Rapids entering Week 13 is the home side has won each of the last four meetings between the Western Conference foes.

D.C. United’s west coast swing could already be deemed successful since it took an unexpected win from San Jose in Week 12.

The task becomes much harder for the Black and Red on Saturday, as they take on an LAFC side hungry to bounce back from a loss in Portland.

Carlos Vela comes into the matchup one goal behind Bradley Wright-Phillips, Gyasi Zardes and Josef Martinez in the Golden Boot race.