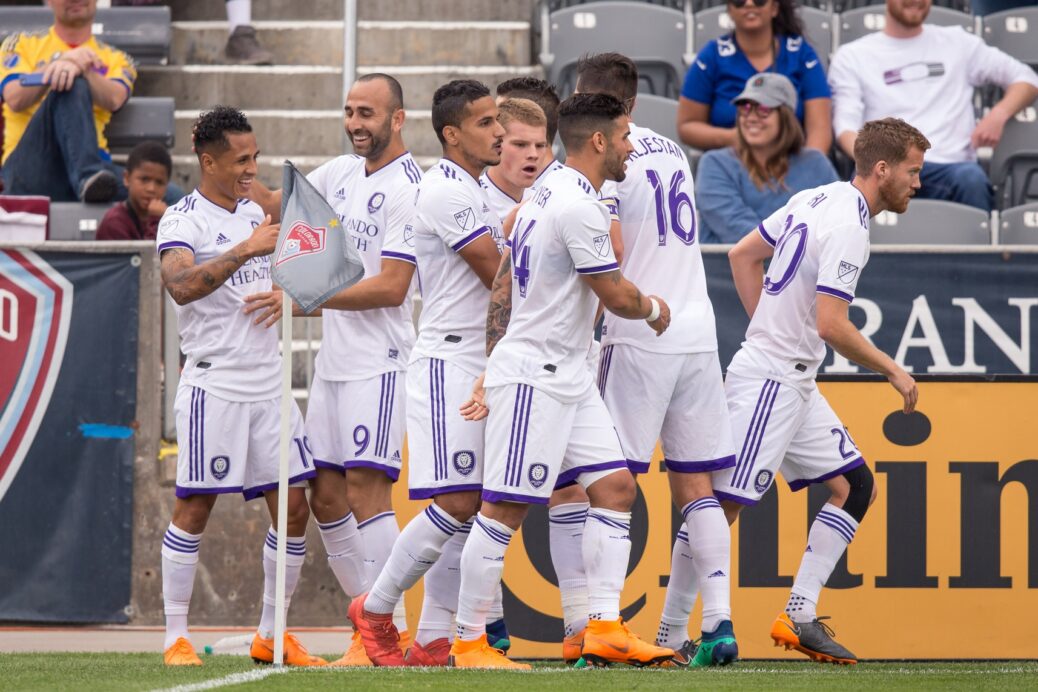 Orlando City erupted for a trio of second-half strikes to extend its franchise-record winning streak to six games.

Dom Dywer, Lamine Sane and Yoshimar Yotun scored in an 18-minute span to separate the Lions from Real Salt Lake 3-1 on Sunday.

The visitors jumped in front against the run of play in the 12th minute, as Corey Baird finished off an assist from Damir Kreilach,

Kreilach won the ball in midfield and picked out Baird for the forward’s second tally of his first MLS season.

Mike Petke’s men controlled the contest for the opening 60 minutes thanks to solid play from center backs Nick Besler and Justen Glad, who limited the space Dwyer worked in.

Although the Claret and Cobalt held things together defensively, they failed to knock in a second tally before Orlando’s attack came out of its dormancy.

Dwyer knocked in his sixth goal in six games in the 61st minute, as he headed home Sacha Kljestan’s cross from the left side of the box.

Right after Dwyer’s equalizer, Baird broke down the field and ended up with a one-on-one chance against Joe Bendik.

The Orlando City netminder stuck his right foot out to deny the RSL Homegrown, a play that set up the Lions to gain the lead.

Sane latched on to the end of a Yotun corner to hand the Lions a lead they wouldn’t give back in the 64th minute.

Just like Dwyer, Sane worked his way through the RSL defense for a powerful header past Nick Rimando.

Yotun finished off the match in the 78th minute, as he pounced on a rebound created by Rimando.

RSL thought Stefano Pinho was offside and obstructed Rimando, but after a quick look, the referee opted to not go to video review.

Orlando and its six-game winning streak go into a rivalry clash next Sunday against Atlanta United, who is unbeaten in eight matches.

Yoshi Yotun added a goal and an assist in the second-half comeback by the Lions.

Joe Bendik denied Corey Baird right after Dwyer’s equalizer to keep the game tied 1-1.In the moments following the save by Orlando goalkeeper, Sane scored the game-winning goal.

Through 60 minutes, the center back duo of Nick Besler and Justen Glad did a good job containing Dwyer, but once the first Orlando goal went in, the Claret and Cobalt defense capitulated.