Positives continued for FC Dallas with win over Galaxy 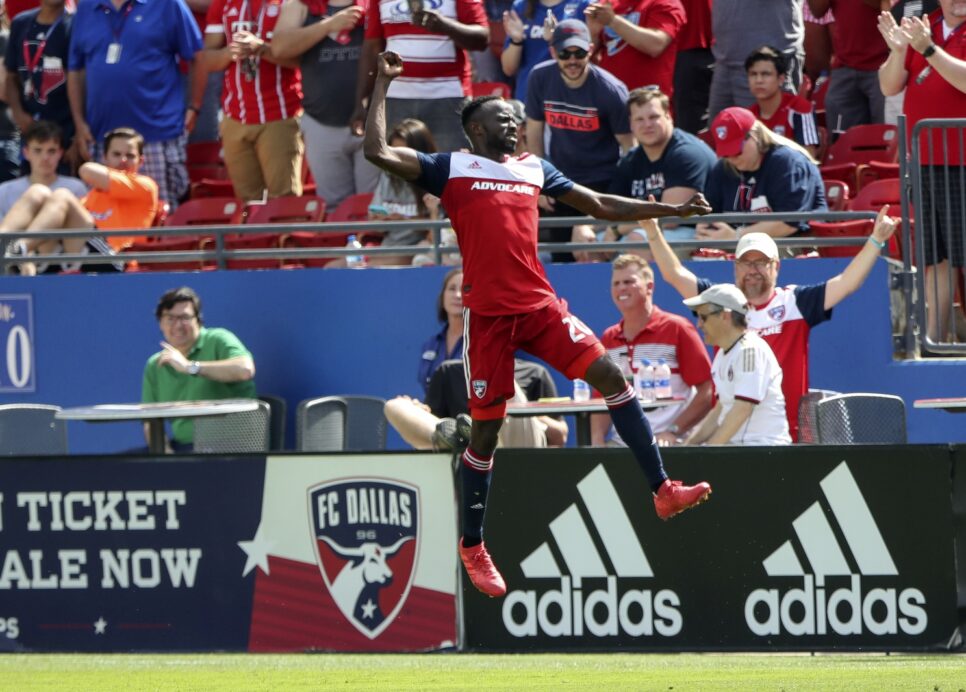 Whenever you hit a roadblock, the main goal is to get around it and keeping pushing towards your goal. FC Dallas hit their first roadblock to close out April, but their positive start to May continued on Saturday.

Oscar Pareja’s team took a two-goal first half lead at a sold out Toyota Stadium and never looked back, hanging on for a 3-2 victory over the LA Galaxy. It was their fourth victory of the season, which sees them sitting third in the Western Conference.

“Great three points for the team at this point of the season,” Pareja said. “We’re pushing and grinding to put things together and it’s another positive to this early part of the season.”

Dallas poses several threats offensively, and three of their attacking four shined on Saturday. Roland Lamah netted his first brace since March 18th, Maxi Urruti scored his second goal in as many matches, and Mauro Diaz ran the show with three assists. Against a highly-talented side like the Galaxy, Dallas was able to limit their chances and hold them to only three shots on goal.

“It was important to come out and perform well for the fans and we did that,” Lamah said. “We stuck to the task and got the win and now have to carry this into our next match.”

Lamah’s first goal came on a perfect through ball from Diaz, which allowed the Belgian to slot past David Bingham. On his second, Diaz made a dashing run and chipped a cross to Lamah who headed in from close-range. The 30-year-old praised the importance of Diaz’s creativity to the team.

“Mauro is a great assist man and a dangerous attacker,” Lamah said. “He does a lot of work for the team to set us up and he found me twice today so I’m happy.”

After going up 3-1, Dallas lost Reto Ziegler to a second yellow card for a foul on Romain Alessandrini. Ema Boateng was able to pull another back for the Galaxy, but the visitors missed a handful of chances in the final minutes. Huge credit goes to Dallas for hanging on and containing the late pressure by LA which earned them their third straight win over the Galaxy.

“LA is a good team, but I thought the guys battled for 90 minutes,” Kellyn Acosta said. “We had a few mental lapses that we can clean up on but overall we’re happy with the result.”

Acosta made his first start of the season for Dallas after missing the first seven matches through injury. The 22-year-old played 63 minutes in the match before being replaced by rookie Jacori Hayes. Dealing with the Galaxy’s attacking front was tough, but the American is pleased to have picked up a home win after dropping some home results earlier this campaign.

“I think it was huge to get the win in front of our home fans,” Acosta said. “We dropped some points at home earlier and getting this win was important against a team with a lot of quality. It wasn’t easy for us, but I’m happy to have gotten the result at home.”

Dallas closes out their two-match homestand on May 19th against the Vancouver Whitecaps, before beginning a five-day roadtrip with stops at Toronto and LA. Pareja knows the importance of getting wins at home as the team prepares for a tough stretch away from their fans.

“We were able to manage the game very well against a side that poses a lot of talent and pedigree,” Pareja said. “It hurt to go one man down in the second-half and we really had to dig deep to get three points. Overall, it’s a well deserved win for the boys and I’m happy with the total effort of the team.”