Schmetzer: Loss to Timbers a ‘tough pill to swallow’ 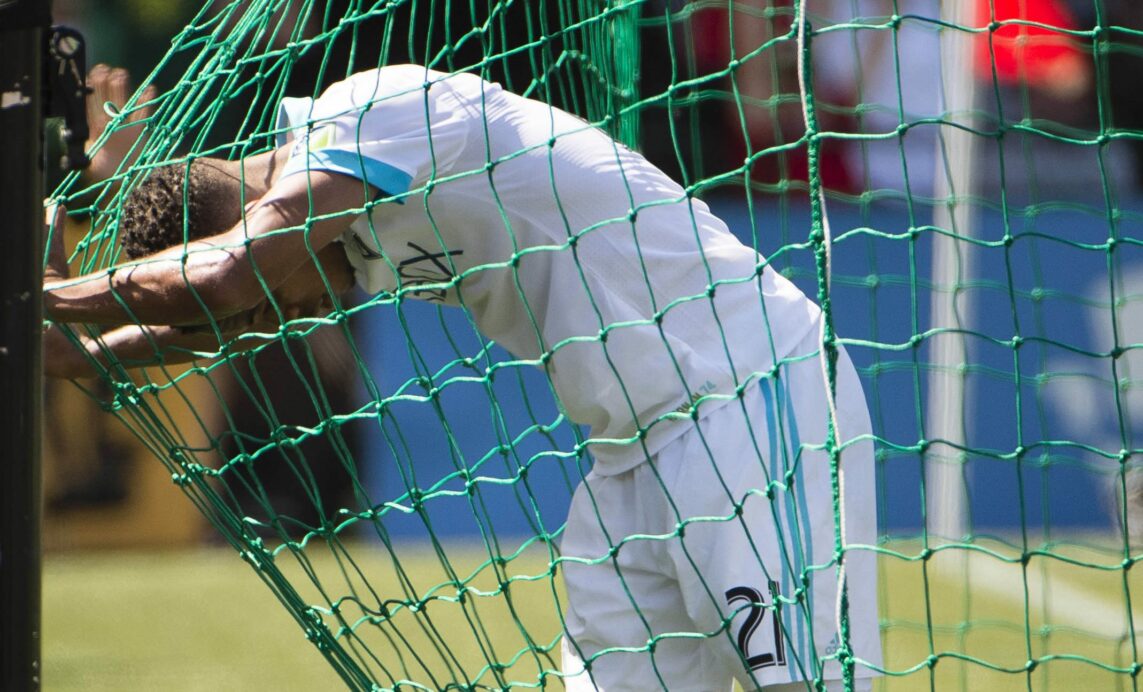 Losing a match is always a difficult thing, but it’s worse when the defeat is to an arch rival and the team felt it played well enough to get a result.

The Sounders really did think they played well enough to at least come out with a draw. They didn’t create much on the attack, but their defense was strong on the day as a whole. They only allowed a pair of shots on target and held down Portland’s dangerous attack.

“I thought we actually played a decent game,” said goalkeeper Stefan Frei. “Kept them at bay and frustrated them for the most part of the game. Then about middle of second half we started defending a little too much for my liking and weren’t able to release pressure.”

It didn’t help that Schmetzer was forced into some defensive changes in the middle of the second half. First, it was Nouhou Tolo being forced off with an injury at the hour mark. Then it was Kim Kee-Hee coming off bloodied in the 71st minute. This took a couple strong defenders off the pitch and, not surprisingly, allowed the Timbers to break forward with more regularity.

Sebastian Blanco’s goal came right through the center of defense, where Kee-Hee would have been stationed. Instead it was 18-year-old Handwalla Bwana, who had all of three MLS appearances before Sunday. Schmetzer feels his young subs could have done more to influence the game, but he refuses to blame them for the loss.

“Young guys that come in have to make impacts in the game,” he said. “They gotta come and try and make a difference in the game. Now, that’s not saying they’re at fault for the goal. That’s not what I’m saying. Games change sometimes when you influence as a sub.”

Being forced into using young defenders is no excuse for defeat and it doesn’t make the loss any easier to take. Even the Sounders’ midweek win in Toronto isn’t enough to take the sting out of playing well against a rival and still coming out on the wrong side of a close match.

“I think the guys put in a good shift,” Frei reiterated. “Tough, tough week for us in terms of traveling and everything, but would have been really nice to end that spell with what I would say is a deserved point. Going home empty-handed sucks.”