Schmid confused by Zlatan red card incident, while Kamara steps up in his absence 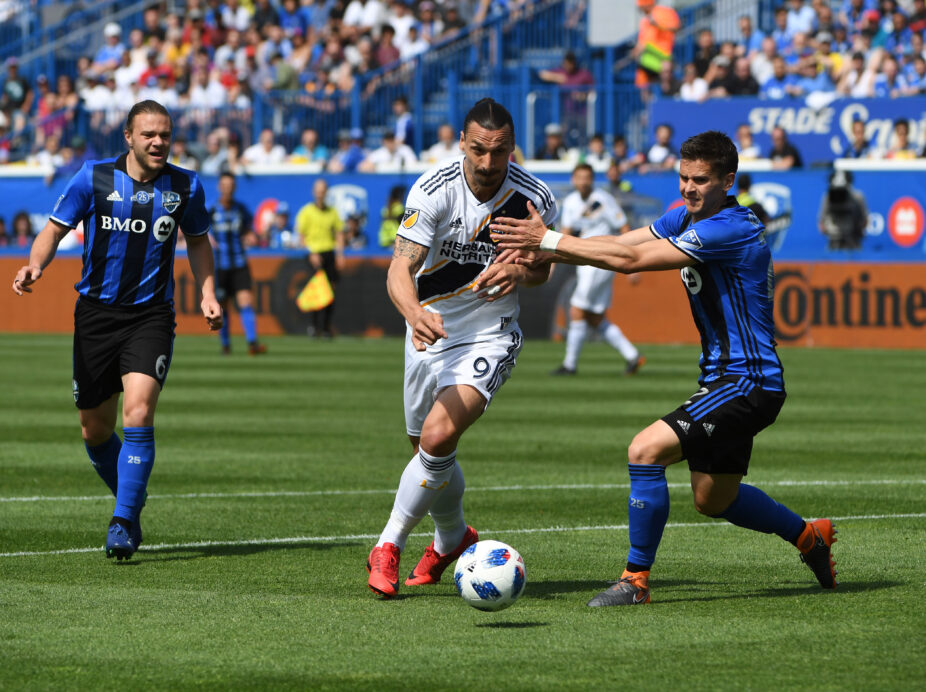 MONTREAL — Despite having only played 41 minutes before getting sent off, Zlatan Ibrahimovic was still able to make the headlines following the LA Galaxy’s 1-0 win over the Montreal Impact on Monday.

Michael Petrasso backed up onto the former Sweden international, stepping Sigi Schmid “confused” with Zlatan incident, red-hot Ola Kamara scores in his absenceon his foot. Ibrahimovic immediately retaliated with a slap on the back of Petrasso’s head. The incident went to VAR and both players were given cards. Ibrahimovic a red and Petrasso a yellow.

Head coach Sigi Schmid did not deny the red card but questioned why the video assistant referee did not give his team a penalty despite Ibrahimovic’s send-off since the incident happened inside the Impact’s 18-yard box.

“I’m a little confused whether, if he got stepped on then he hit the guy, in the order of fouls the stepping occurred first so I don’t know why it’s not a PK and if they’re saying that the step was accidental then why did they give him a yellow card,” asked Schmid.

Schmid admitted that Zlatan has and will have his patience tested throughout the season, something that he thinks is different from what he may be used to in European leagues.

“I think a lot of times when you have big players in Europe or even South America there a little more respect for the big players,” Schmid said. “In MLS, it’s a little bit more of a ‘I’m gonna show you,’ kind of attitude. I don’t know exactly what happened out there but certainly people are gonna challenge him.”

Following the red card, Ola Kamara took the wheel for the Galaxy. The Norwegian increased his goal-scoring streak to four games with a game-winning realisation which gives his team its first win in five games and its very first in Montreal.

The striker, who collected 34 goals in 59 games with the Columbus Crew before heading to Los Angeles, has been moved to the left wing to palliate for the signing of Ibrahimovic. Schmid thinks that Kamara has adapted fairly well to the move in recent games.

“Ola’s a big player, that’s why we wanted to get him. He works so hard for the team,” Schmid said. “We’ve played him out of position to on the left wing to make it work and I think that this is his fourth goal in four games now and he’s played a lot of those in what is not necessarily his best position but what he gives us is the effort and work rate all the time.”

For Kamara, moving to the left wasn’t what he had necessarily envisioned but he found some positives to playing on the flank while Zlatan takes up the striker position.

“When Ibra is in there, he attracts more attention so I’m able to run more freely,” Kamara said. “That gives me something different and sometimes as a player you just have to take what you get.”

Despite playing on the wing, Kamara said that he is constantly looking for opportunities to get in a striking position on the field. He took advantage of Ibrahimovic’s red card to get back on top of the Galaxy’s lineup and gave his team a game-winning goal.

Kamara respects the current setup employed by Schmid to play both him and Ibrahimovic but if it was up to him, he would “would love to play up top with him.”

Schmid hasn’t shut the door on a Kamara-Ibrahimovic striking partnership happening in the future. He neither doubled down on the concept of having Kamara converted to a left winger for the Galaxy’s future.

“We’re working on that,” Schmid said. “If we get our whole team together we might figure out what our plan is.”

That plan will have to work without Ibrahimovic on Friday, when the Galaxy take on the San Jose Earthquakes in the latest installment of the California Clasico. Kamara will have his chance to return to his natural target striker role, if only for one match.