TFC still a work in progress despite important win 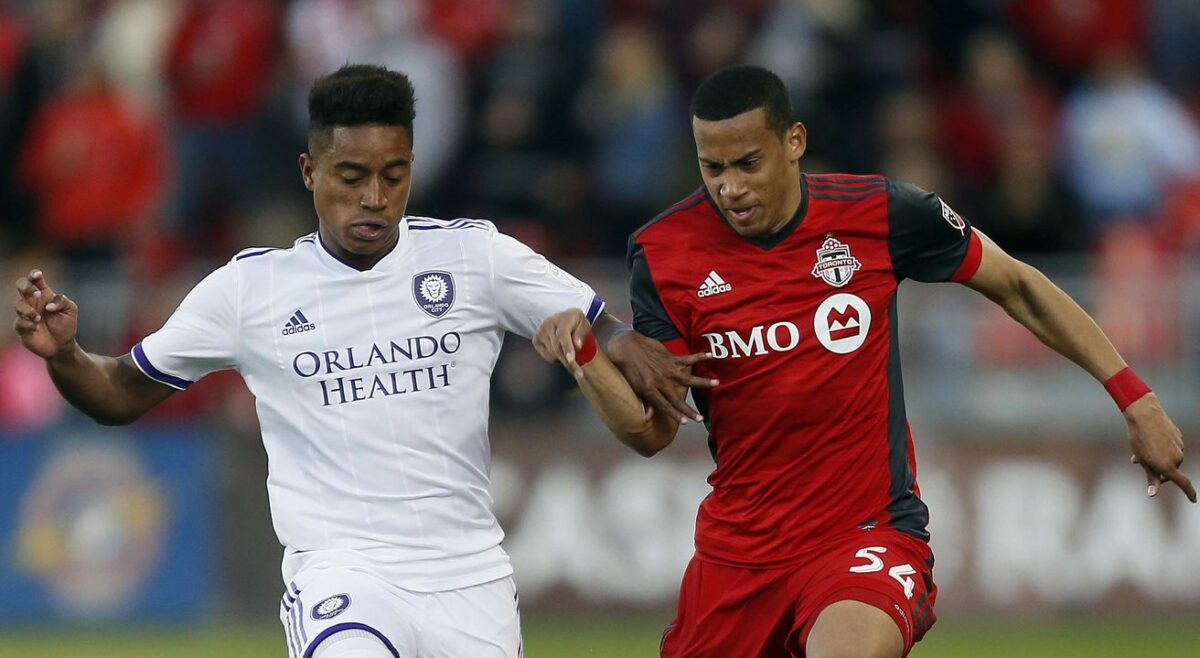 Coming into Friday’s showdown with Orlando City, Toronto FC knew that some were close to hitting the panic button. Two wins from their opening nine matches plus a pair of important attackers out of the lineup had the defending MLS champs on the wrong side of the Eastern Conference standings.

Regardless, Greg Vanney’s men grinded out a 2-1 victory at BMO Field against the Lions, using an 87th minute winner from Ryan Telfer. The return was three points that TFC desperately needed in their fight to move up the table, but more important for confidence and morale among the team.

“Well there is still work to be done, but it was very good to finish that match off with a win,” Vanney said. “There was a lot put into that much, like energy and work rate so it was good to see the guys stick with it even if things aren’t going your way. The group found a way to get a result and i’m happy for them.”

Jay Chapman’s easy finish gave TFC a 1-0 lead in the 64th minute, but Cristian Higuita leveled the score in the 73rd for Orlando. Telfer, who made his fifth league appearance of the season, netted his first MLS goal in style as he volleyed home a cross from Auro past Joe Bendik into the bottom-left corner.

After joining Toronto FC II in 2017, Telfer moved to the senior club this season and has not looked back. Starting four of his first five MLS appearances is a good achievement for the 24-year-old Toronto native, who was happy to deliver when his team needed him most.

“To lift the spirits of the team and to get three points on the board was important to me,” Telfer said. “Knowing what has happened the last few weeks I did not want to celebrate until the final whistle. Overall, I’m just happy to play for the team and I was happy to help them achieve our goal.”

“To be honest it hasn’t sunk it yet, but when I sit down and watch the videos again I will feel it,” Telfer said. “I might run around the living room.”

With a team like Orlando coming in off of a defeat for the first time since March 17, Toronto knew they would be aggressive. Despite no Dom Dwyer in the squad, the Lions had five shots on goal and kept Alex Bono on his heels for most of the match. Eriq Zavaleta started next to Gregory Van der Wiel as the centerback duo and held the Lions attacking quartet to four shots on target and zero goals.

Zavaleta made his first appearance since April 14 and had been out since picking up an injury during CONCACAF Champions League play. With the crisis situation at centerback for TFC, the 25-year-old defender’s return was a welcome sight.

“To get back out there and get a win in front of our home fans was all worth it,” Zavaleta said. “I worked hard to get myself fit again and I was able to get the nod tonight so all is well.”

With Zavaleta returning to the backline, captain Michael Bradley was able to shift back into his normal midfield role. The American international had played in the heart Toronto’s backline over the last four matches, filling in strongly when his team was lacking bodies to fill in.

“I think Mike is the engine to our team, and it’s tough to be the engine when you’re at centerback,” Zavaleta said. “He filled in admirably when the team needed him and now you see he seems happy to be back into the midfield.”

Up next for TFC is a home date with FC Dallas on May 25, before traveling to the Columbus Crew and Philadelphia Union to kick off June. Sebastian Giovinco will be a spectator over the next two fixtures due to suspension, while Jozy Altidore is still recovering from foot surgery. It will not be easy for the defending champs to grab some wins, and Vanney knows that Friday is only one match to many for to come this season.

“We gutted out a win, that’s all that was done,” Vanney said. “Overall it was a tactically beautiful performance by us, we did some good things but we’re missing a lot of our attacking talent. It was not perfect and I’m sure tonight the guys were frustrated at times but they stuck to the plan and we got a win from it.”