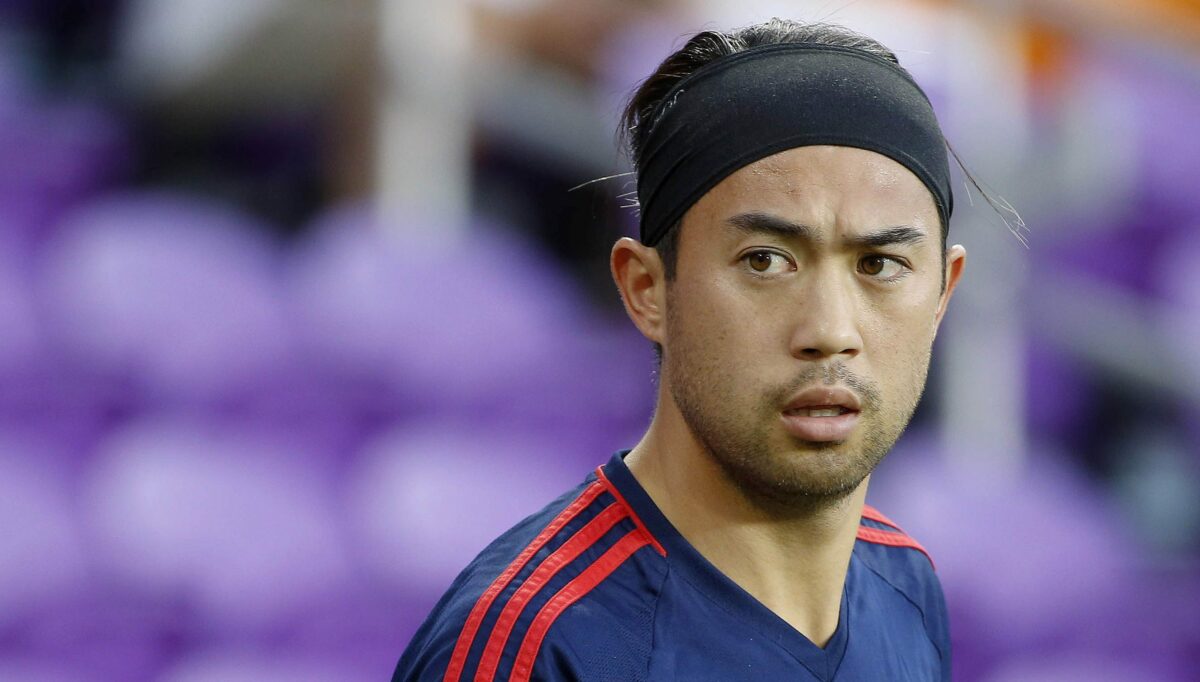 When the news of Marco Urena’s injury absence struck LAFC Tuesday, there was concern about who the expansion side would use in attack to replace him.

Luckily for LAFC, the MLS transfer window was still open and it worked a deal with the New England Revolution to end the Lee Nguyen saga.

Nguyen didn’t come at a cheap price, as Bob Bradley’s side shipped $700,000 in allocation money with the potential for it to increase to $950,000 depending on the deal’s conditions.

On first glance, Nguyen immediately fills a hole in terms of production in the LAFC attack, but it is in a bit of a bind when it comes to fitting all of its pieces into a starting 11.

In Sunday’s home opener against the Seattle Sounders, Urena started up top with a midfield trio of Diego Rossi, Carlos Vela and Omar Gaber sitting behind him.

Rossi has four goals and four assists in his first seven games in MLS, but he’ll be asked to be more of a scorer than a provider as Nguyen presumably enters the No. 10 role when he’s ready for game action.

Because swapping Urena and Nguyen isn’t a direct replacement, Bradley is going to have to play either Rossi or Carlos Vela up top to start, and then allow the attackers to move around in the final third.

LAFC also has Benny Feilhaber in its attacking arsenal, but the former Sporting Kansas City man is positioned deeper given all of the talent in front of him.

For Nguyen, the move to LAFC marks the end of a tumultuous saga that sparked plenty of trade rumors, but nothing sufficient ever came about.

In each of the last three seasons, the 31-year-old American recorded double digits in assists. A year ago, Nguyen earned his second scoring total over 10 goals. Nguyen proved throughout his time in MLS that he is going to be a consistent contributor, which is perfect for LAFC when it comes to replacing Urena.

On the other side of the trade, the Revolution already moved on from Nguyen at the start of the Brad Friedel era by starting Diego Fagundez in a No. 10 role.

Without Nguyen, the Revolution scored 13 goals in eight matches while earning 14 points, which is good enough for fourth place in the Eastern Conference at the moment.

It still remains to be seen if the Revs can sustain offensive pressure for the entire season without one of their main producers from the last few seasons.

Friedel has found a way for it to work for now, and the haul of allocation money gained from the Nguyen trade can improve the roster during the summer, where players participating in the World Cup and other international stars could be on the lookout for new destinations.

We’ll have to wait and see who becomes the true winner of the trade, but for right now it’s a deal that suits the needs of both teams and should keep LAFC afloat while Urena is out, while the Revs have a bounty of allocation money to sit on.