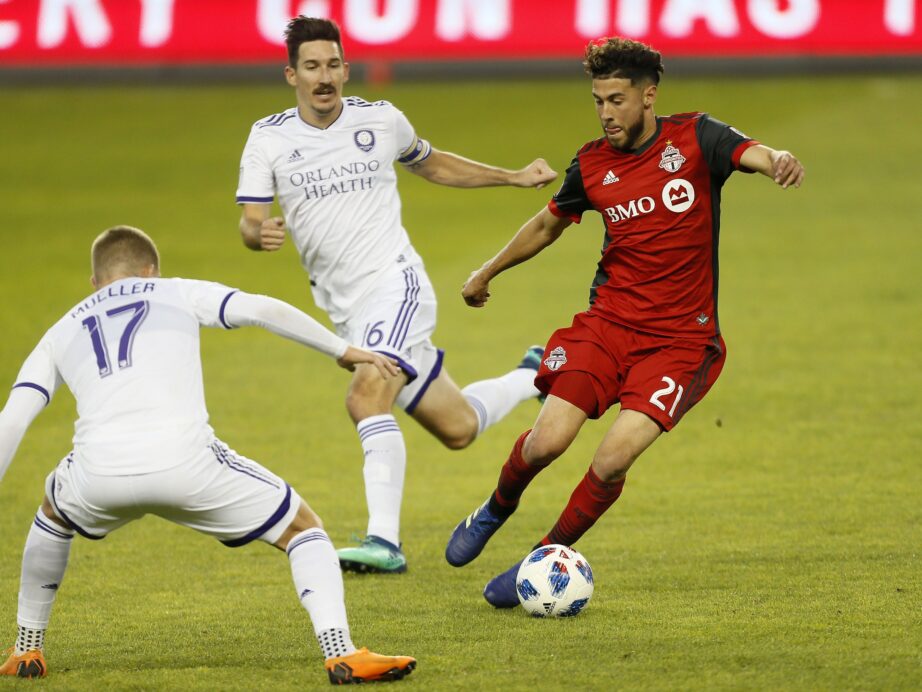 With results not going their way over the last few weeks, Toronto FC knew Friday’s clash with Orlando City was crucial in their race to improve up the Eastern Conference standings. Greg Vanney’s men dug deep and got a late victory against the Lions using an 87th minute winner from Ryan Telfer in a 2-1 win.

Tefler received a cross from wingback Auro and volleyed past Joe Bendik into the bottom-left corner to snatch three points for the defending MLS champs. It was the 24-year-old’s first goal of his MLS career.

Toronto’s Jay Chapman broke the scoreless deadlock in the 64th minute, slotting home after Orlando was caught out in their own half. Substitute Tosaint Ricketts rattled the right post before Chapman grabbed the loose ball and slotted into an empty net. It was Chapman’s second goal of the season, in his third consecutive start for TFC.

Cristian Higuita leveled the score between the two sides in the 72nd minute, taking advantage of a defensive breakdown by the hosts. Toronto failed to clear from their box following good pressure by the Lions, and the midfielder picked up a loose ball just outside of the box and rifled a right-footed effort past Alex Bono.

It was Higuita’s second goal goal of the season for the Lions. However it would not be enough for Orlando who dropped their second result in a row.

Bendik made three saves in the defeat, while Bono made four in the home win. Despite Sebastian Giovinco missing out due to suspension, TFC got goals elsewhere to claim their third win of the season.

Toronto FC (3-6-1) remains at home next weekend as they welcome FC Dallas to BMO Field on May 25th.

Orlando City (6-4-1) returns home on May 26th as they face off with the Chicago Fire.

Ryan Telfer has put in some strong work for TFC so far this season, and his effort was rewarded with a game winning goal. The 24-year-old will certainly cherish this moment as his team grabbed a much-needed win at home.

When it looked like TFC would have to settle with only a point, they dug deep and got their winner through an unlikely source. Telfer was able to beat Bendik with a good effort as his side breathed a side of relief at the final whistle.

Stepping in for the injured Dom Dwyer was always going to be tough for Stefano Pinho, but the striker was fairly quiet in the defeat. Pinho recorded one shot in 64 minutes of action, but didn’t force Bono into a single save. Pinho only has one goal in eight matches this season.