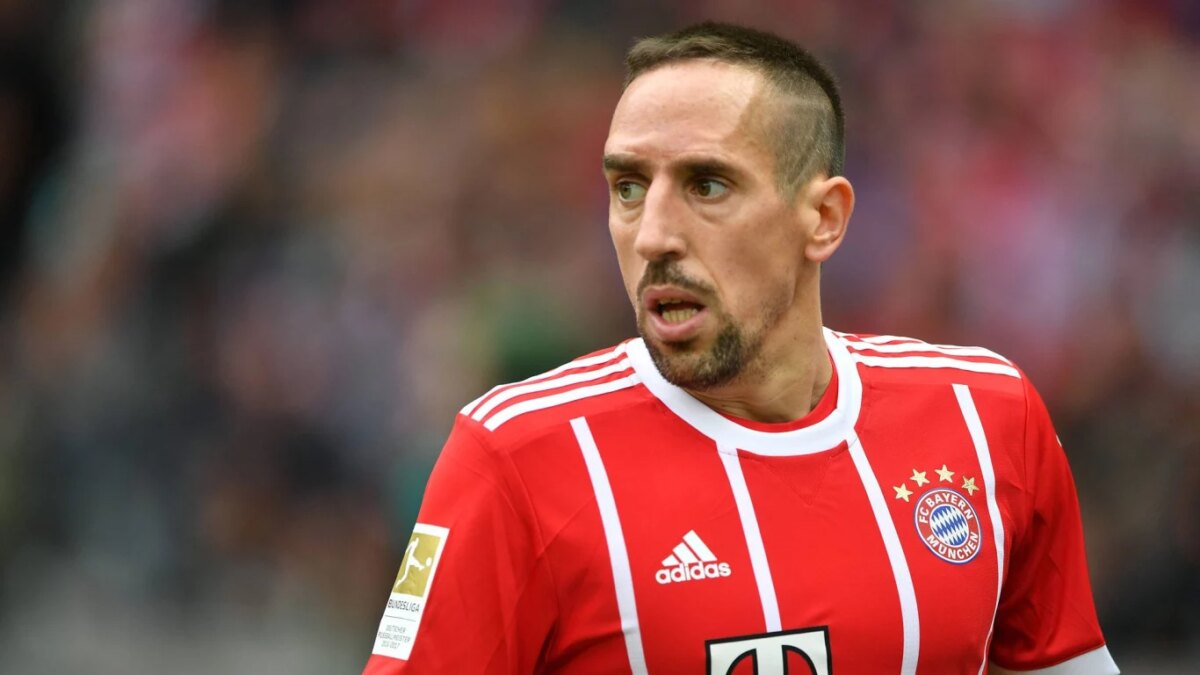 French winger Franck Ribery has been an outstanding servant to Bayern Munich, being a part of the club since 2007.

Ribery has been rewarded with a contract extension until Summer 2019 and will remain with the club for a 12th season. Ribery has played in 247 Bundesliga matches for Bayern, scoring 80 league goals over that span.

“I’m very happy to play another year at this great club,” Ribery said in a club statement. “By now, Munich has become a home for me and my family and I am very proud that I’ll be wearing a Bayern shirt next season.”

Ribery stated back in March that he would consider a move to a Major League Soccer or the Chinese Super League club once his time with Bayern ends. The 35-year-old was named UEFA’s Best Player in Europe in 2013, when he won the Champions League with Bayern against Bundesliga rivals Borussia Dortmund.

Leicester City’s Marc Albrighton will not play a part in the Foxes remaining two matches of the Premier League season.

Albrighton, 28, accepted an FA misconduct charge for his recent red card in the April 28 5-0 loss to Crystal Palace. The midfielder reacted angrily to referee Mike Dean after being sent off and must now pay the consequences.

Albighton has made 42 appearances for Leicester in all competitions this season, scoring two goals and registering seven assists. The red card was his first for the club since joining from Aston Villa in 2014.

Albrighton was also fined £25,000. Leicester face off against Arsenal and Tottenham Hotspur in their final two matches of the season, and are currently in ninth place.

Barcelona’s chase for French forward Antoine Griezmann continues to be a story worldwide, with the team president admitting to talks with the star’s agent last year.

According to ESPN, Josep Maria Bartomeu admitted sitting down with Griezmann’s agent last October in speculation that the forward would join Barcelona for €100 million this summer.

“We do not speak about players from other teams. We are analysing the season and we will see what we do with signings and departures,” Bartomeu said to Catalan station RAC 1. “I’ve met him [Griezmann] a few times in the Balearic Islands [on holidays]. I’ve not spoken with him this year, but I did with his agent in October. With [Atletico president Enrique] Cerezo I’ve spoken about many things, but not about this. Our relationship with Atletico is very good, and we understand football in the same way.”

Griezmann stated in March that he wanted to have his club future decided by this summer’s FIFA World Cup. The 27-year-old was linked with Premier League giants Manchester United last summer, but eventually signed a one-year deal this season with Atletico.

Atletico Madrid are currently preparing for their UEFA Europa League final against Marseille in Lyon on May 16th. Griezmann scored in the semifinal round against Arsenal, with Diego Simeone’s men advancing 2-1 on aggregate. Griezmann has 27 goals in all competitions this season for Atletico.