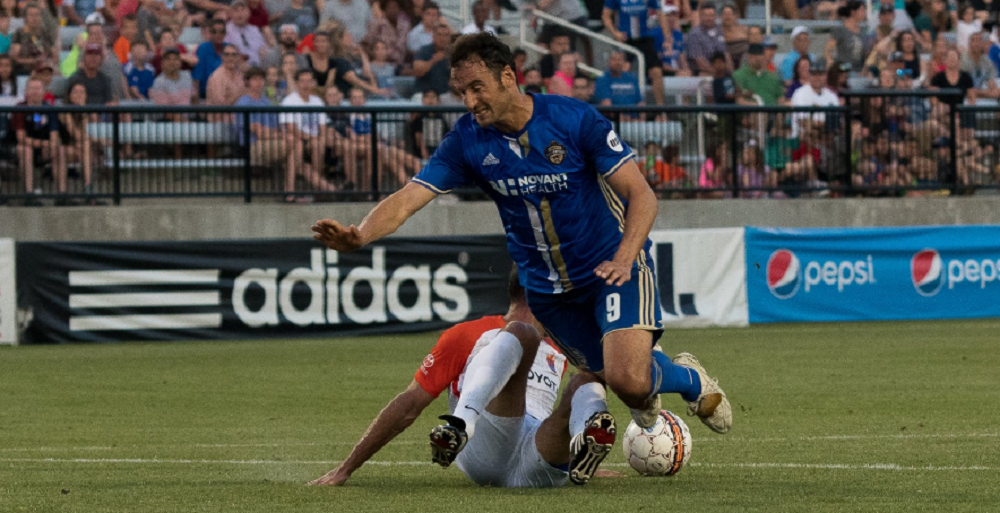 The second round of the U.S. Open Cup did not disappoint when it came to amateur sides taking down professional foes.

Seven of the 22 USL sides fell to lower opposition on the day, with the Ocean City Nor’easters leading the charge.

The PDL side travelled down the Atlantic coast to take on the USL’s Charlotte Independence and made the trip worth it by scoring a 3-1 win. Kyle Gurrieri got them off to a flying start with two goals in the first six minutes of play to give the Independence a steep uphill climb right away. Fredin Mompremier added a third just before half time to really put it out of reach.

Jorge Herrera led the comeback effort for Charlotte buy scoring a goal in the 58th minute, but they wouldn’t get any more as the Nor’easters held firm to move on to the third round.

Another thrilling cupset came from FC Wichita, who travelled down to Tulsa, Oklahoma and came out with a 4-3 win over the Tulsa Roughnecks. Tulsa jumped out to a 2-0 half time lead thanks to a pair of goals from Jhon Pirez. They would hold a 3-2 lead at the hour mark before Wichita kicked it into high gear.

They equalized with a 61st minute tally Jose Nelson Landaverde and won it in second half stoppage time when Frank Tayou slipped in his second goal of the night to send Kansas into a frenzy.

Elsewhere, Indy Eleven fell to the PDL’s Mississippi Brilla 1-0 thanks to a late free kick goal from Koray Easterling. The NTX Rayados also joined the party by bagging a 90th minute penalty and scoring three goals in extra time to take down the Oklahoma City Energy by a 5-2 score. The Jacksonville Armada also upset the Tampa Bay Rowdies 1-0.

The west coast didn’t want to feel left out. The late night games featured FC Golden State Force notching an impressive 4-2 win over Orange County SC. The Force scored three times in the second half, including once while down to ten men, after going into the break down 2-1 to advance to the third round of the competition.

Finally, to finish out the night, Sporting Arizona took down Phoenix Rising in a dramatic six round penalty shootout after a 1-1 draw.

Here’s the full rundown of Second Round action: