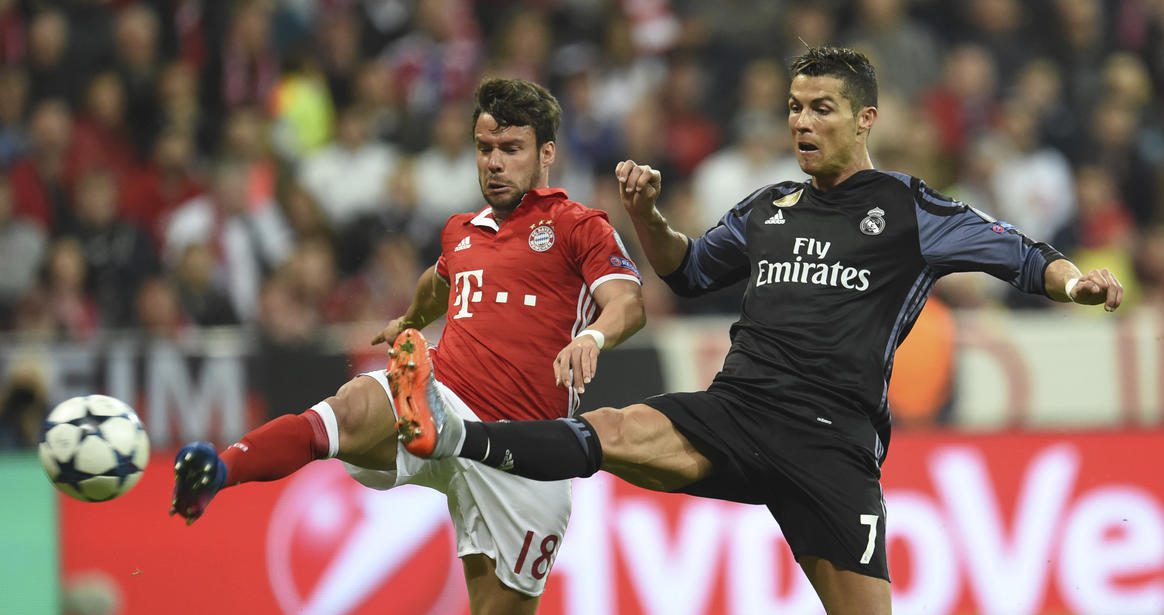 The UEFA Champions League semifinals conclude this week with the fate of four teams hanging in the balance. One European heavyweight will see the exit from the competition, while two relative Cinderella stories will eventually be reduced to one.

Defending champions Real Madrid grabbed a pair of away goals against Bayern Munich and will hope to make it back to the final. Zinedine Zidane’s men welcome the Bavarian side to the Santiago Bernabeu looking to eliminate the Bundesliga champions.

Elsewhere, Liverpool faces a trip to Roma holding a 5-2 aggregate advantage. Mohamed Salah had a huge performance for the Reds in last week’s first leg, and will look to lift Liverpool to their first UCL Final since 2005. After fighting back to oust Barcelona at home in the quarterfinals, Roma will have it all to do if they want a repeat result.

Injuries to Note: Dani Carvajal would be a big blow for Madrid after the wingback was injured in the first leg victory. Isco and Nacho are expected to return for Los Blancos. Good news for Bayern is that David Alaba and Javi Martinez should be ready for the second leg, but Arjen Robben is looking like he will miss out.

Key to the Match: Real Madrid will have all the momentum as they return home with a chance to return to the UCL final. Los Blancos will need to keep Bayern honest but also not allow any defensive miscues. Bayern will have to be more aggressive knowing that this is do-or-die. Expect a lot to come from the wings from Bayern.

Player to Watch: Polish striker Robert Lewandowski has five goals in the Champions League this season, but 33 in all other competitions. Bayern will need him to give more if they want to advance.

Quote: “The key for us is think about winning the game and to go on to the pitch wanting to do that,” Real Madrid manager Zinedine Zidane said. “We need to go out to score quickly and that’s what we’ll try to do.”

Injuries to Note: Emre Can, Adam Lallana, and Joel Matip remain long-term absentees for Liverpool while Sadio Mane is questionable. Gregoire Defrel and Rick Karsdorp are the only two absences for Roma.

Key to the Match: Liverpool’s free flowing attack helped the Reds to a dominant first leg win on home soil. Now Jurgen Klopp’s men must come with the same intensity away from home for a chance to make the finals. Roma will need to avoid conceding early, but also need their attacking players to have an impact.

Player to Watch: Mohamed Salah had a huge impact in last week’s first leg, scoring two goals and adding two assists. The Egyptian was silenced over the weekend but has the ability to change a match in a split second, and should expect to get after the Roma backline frequently.

Quote: “We are going there with a job to do, to go there and win,” Liverpool wingback Trent Alexander-Arnold said. “I try not to [get fazed]. Obviously we know it is going to be an intimidating atmosphere and that is what they will look to do, just as our fans did to them. We have to be prepared mentally and physically.”