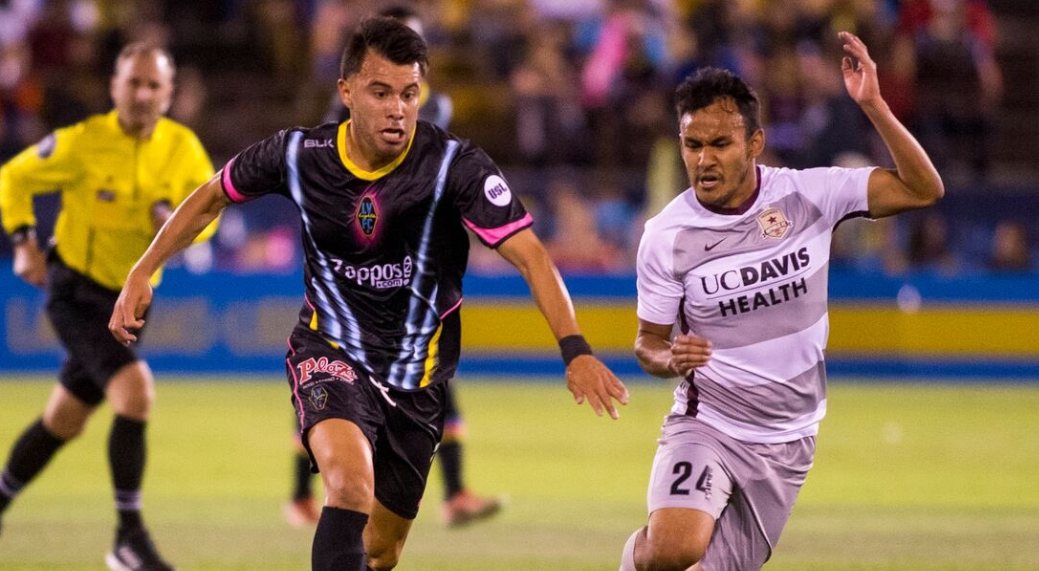 Mismatches are the story of in USL in week 10, though they may be more balanced than they seem on paper.

With the Eastern and Western conferences starting to separate the contenders and pretenders, this week’s slate of matches should help provide answers to many of the USL fans where their team truly stands.

Let’s take a look at five matches to keep an eye on this weekend:

At the start of the season, I think most USL fans would have given this one a pass, but the Timbers 2 (5-3-2) are one of the best teams in the western conference in the early months of the season, seemingly figuring out what had eluded them in 2017 to put in strong performances, and finding the back of the net more regularly.

Los Dos (1-5-3) have largely struggled this season, but they may have turned a corner thanks to the performance of 15-year-old Efrain Alverez. The forward exploded into the minds of all who follow USL after a terrific performance last weekend against Saint Louis FC, becoming the youngest player in USL history to record a hat trick. His follow up performance is a must watch to see if the youngster can sustain the success of Los Dos.

On paper, this one is lopsided. The Battery (5-2-2) sit in second place in the eastern conference and have won four straight matches. The offense is clicking and the early season struggles are now firmly in the past. Atualla Guerra is running the offense, something the Battery have needed since the departure of Romario Williams last season.

The Fury (2-4-2) won’t be so easily dismissed after putting together a string of results over their last three matches. The Montreal Impact affiliated side may have grabbed victories against two teams struggling in USL, but a win is a win, and teams in USL that can string a few of those together climb the table. The Battery will be a much stiffer test, but one that the Fury might be able to rise to meet.

FCC (5-2-2)might be in first place in the eastern conference, but they are coming off of a gut check loss to a struggling Charlotte Independence side that had not won a match in a month. While it is likely just a blip for FCC, winning at home has been difficult for the leaders this season, and another loss could derail an otherwise bright start.

NCFC (2-3-2) might be sitting at the bottom of the table, but they are on a four match unbeaten streak of late, including a big win over Penn FC in their last match. The problem though, is that they have not played a match in USL for nearly four weeks, and the momentum of that streak may not factor into this one.

Phoenix Rising (6-1-3) are breathing down the necks of the Real Monarchs SLC for first place in the west. With the Monarchs facing a much easier opponent this week, the pressure on Phoenix Rising to get a result will be very high. Their offense is rolling right now, winning three straight matches and outscoring opponents 12 to 4 over that run.

Sac Republic (5-2-3) have had a bit less consistency, but find themselves sitting at the top of the table just behind Phoenix. The potential to scalp points against one of the teams likely challenging for home field advantage come playoff time will be undeniably attractive. Coming off of an embarrassing loss to Reno 1868 FC, Sac Republic will want to make this one a statement game.

The Lights (2-2-4) are fading fast after a strong start on and off the pitch in their debut season. After spending their first four matches with out a loss, the Lights have lost two of their last four matches, and haven’t secured all three points since beating the Swope Park Rangers back on March 31st.

The Monarchs (7-1-1) played the Lights to a scoreless draw last month, but don’t expect that to happen again this time out. The Monarchs need to pick up maximum points to hold their lead in the conference, but their defense has been exposed when they have had to push forward for goals. The Lights are perfectly capable of clipping a goal and parking the bus, so the Monarchs have to be a bit wary of pressing too hard for a goal.