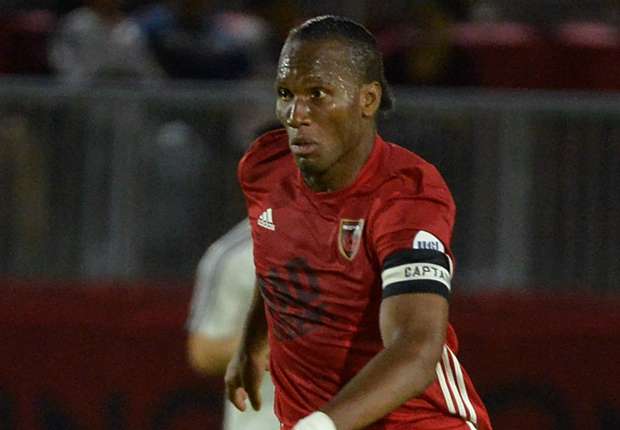 The pervasive story line in week 11 in the 2018 USL season is all about making statements.

Phoenix Rising FC is sitting at the top of the table, but how does the club really stack up against the elite teams in the Western Conference? Swope Park Rangers should provide a good measure of just how good Didier Drogba’s team actually is.

FC Cincinnati will look to erase demons and maximize points against the team closest to them in the standings, Louisville City FC.

Two bottom dwellers meet to see who will remain at the bottom of the western conference when the Tulsa Roughnecks take on in-state rival OKC Energy FC.

Let’s take a look at the five matches you should be watching this week:

The Rangers have been inconsistent of late, but they have plenty of talent to stay towards the top of the pack in the Western Conference. The defense has been the big problem for the Rangers, and figuring out a plan B when Kharlton Belmar is not scoring will be the next step in their evolution. Coming up against a talented Phoenix Rising side is a good test to see how far they need to go.

Phoenix Rising has been rolling, but a statement loss to Sacramento Republic FC should turn some heads. The results have been favorable for Phoenix Rising in the early stages of 2018, but they have yet to beat an elite team in the West, and their table position might not be indicative of their squad’s true standing in the West.

The Timbers 2 are having an impressive campaign after last seasons poor performances. They are undefeated in their last four matches, and are looking like a team that is ready to challenge the rest of the western conference leaders. To make a big statement though, they need to prove it against the west’s best, and the Monarchs are absolutely that.

The Monarchs have a four point lead on the rest of the western conference with a game in hand, and have been lights out in just about every match this season. Their only loss this season was on a road trip, so the Timbers will surely look to take advantage of an inconsistent defense at home.

This is a six-point match no matter how you slice it. FCC have proven themselves to be dynamic and entertaining in 2018, and they will want revenge when LCFC comes to town. Back on LCFC took all three points at Nippert Stadium, and FCC will want to make sure that this isn’t a repeat performance. Emmanuel Ledesma is coming alive for FCC and the midfield general will be tasked with breaking down a stout defensive unit.

LCFC rebounded after two consecutive losses with a win over Atlanta United 2, but they will need to show their championship pedigree to keep the momentum going. Cameron Lancaster leads the line for LCFC, and his 5 goals have been crucial for his side this season. With just a single victory on the road in 2018, earning some more wins away from home is key.

Why are two of the worst teams in USL a must watch? These clubs are desperate for points. Tulsa is still winless in 2018. With each passing week, the idea of turning the ship around becomes more and more remote. Desperation can make for an exciting game, and both teams have plenty of it.

OKC Energy earned their second win of the season last week, stopping a skid that saw them drop eight straight matches. It doesn’t quite look like they have turned the corner, but proving that they can string a few victories together will be important for morale moving forward.

NYRB II started the season with a lot of promise, and much of that has faded away over the five match winless run. While they have been able to pick up points through draws, their dominant victory over the Rowdies in April looks more like an outlier. Getting Stefano Bonomo or Brian White back into the score sheet will help, but figuring out who will provide service to the strikers is a big question mark.

Indy Eleven had a hugely impressive victory over LCFC at the beginning of May, but followed that performance up with a draw and a loss. MLS castoffs Jack McInerney, Soony Saad, and Justin Braun are leading the team, but it isn’t always clear how Indy Eleven will approach the match or what their identity truly is.