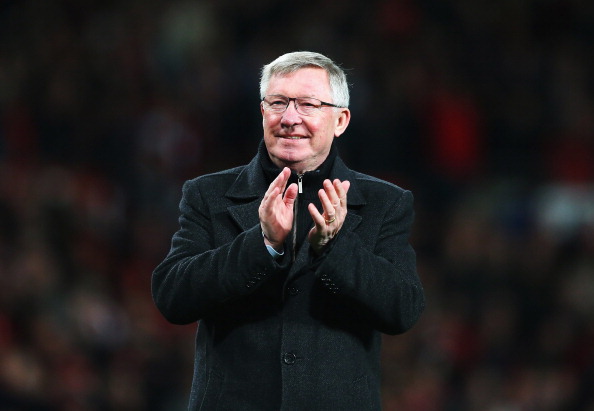 Sir Alex Ferguson may not be back to 100% just yet, but the former Manchester United manager is on the right path.

Ferguson, 76, was manager of Manchester United from 1986-2013 winning 38 trophies in his 26 years with the club. “His family have been overwhelmed by the level of support,” the club added.

Lyon captain Nabil Fekir has insisted that there is nothing to the reports of him moving to the Premier League this summer.

Fekir, 24, is having his best statistical season yet with Lyon, scoring 20 goals and adding eight assists. According to ESPN, the French international has been linked with both Liverpool and Chelsea, being rated near €60 million.

L’Equipe reported on Sunday that Fekir has a verbal agreement with Lyon that he can leave the club this summer, despite two years remaining on his current contract.

“There’s nothing for the moment. I’m still at Lyon,” Fekir said when asked about his future after Lyon’s 3-0 win over Troyes on Sunday. “There are two matches left. We’ll prepare for them in the best possible way. At the end of the season, we’ll see, but for the moment, there’s nothing.”

Manchester United and Arsenal are both interested as well in Fekir, but Chelsea and Liverpool seem to be the two favorites. Liverpool’s Sadio Mane feels the attacker would enjoy himself at Anfield with the slew of talent that Jurgen Klopp’s team has at their disposal.

“Nabil is a really great player,” Mane told SFR Sport. “If it is the case, we’ll be really very happy to have him with us. I think he will do great things with us. He’s going to enjoy himself here. “You always need that kind of player. If we get him, it’s going to be crazy.”

Charly Musonda’s time at Celtic is looking to be coming to an end this summer. The 21-year-old Belgian most likely will be on-loan with a new club next season, with Chelsea expecting to cancel his loan, according to ESPN.

Musonda has made six appearances for Celtic in all competitions this season, grabbing one assist. He is currently receiving treatment on a shoulder injury, and is unlikely to feature for Celtic again this season.

The Scottish giants are currently aiming to complete a second consecutive treble, with only two matches remaining. Chelsea have been unhappy with the lack of opportunities Musonda has been given in Glasgow, as they feel he should be earning first-team appearances.

Musonda made his Chelsea first-team debut for Chelsea in last August’s Community Shield against Arsenal, and scored his first goal in a 5-1 EFL Cup win over Nottingham Forest.