With CCL over, TFC faces a number of problems due to key injuries 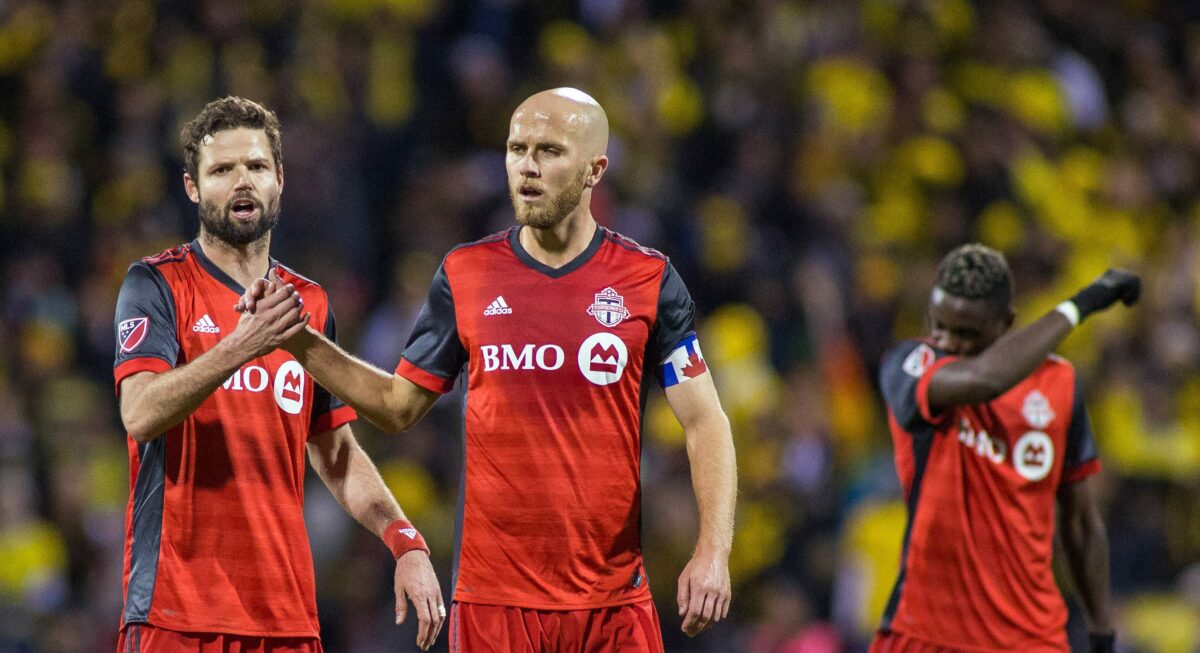 The start of Toronto FC’s season was made all the more difficult by the club’s extended participation in the Concacaf Champions League. While that competition is now over, the after-effects of a congested early season will remain for quite some time for a TFC team that limps back into the MLS norm.

Throughout the next several months, TFC will have to deal with what happened against Chivas de Guadalajara. Mentally, the reigning MLS Cup champions need to find a way to brush off one of the most frustrating moments in club history, an inauguration gone wrong.

But the biggest effects may not be mental, as TFC returns to MLS play balancing a major injury crisis.

The biggest issues come at centerback, a position that became one of worry in the CCL final. With every healthy centerback out of action, Michael Bradley and Gregory van der Wiel were thrust into the role in the second leg against Chivas. While the two played well, it wasn’t quite enough to lead TFC to the title.

For a short-term fix, that move fits just fine due to the team’s depth at both fullback and in the midfield. Players like Auro and Marky Delgado can plug holes left by shifting Bradley and van der Wiel, and its a testament to TFC’s depth that the club has players like that waiting in the wings. Long-term, though, there are bigger problems.

Perhaps the biggest is Drew Moor, who Greg Vanney says will miss somewhere in the “two-to-three month range”. Moor is certainly still among the league’s most underrated defenders for a variety of reasons, and TFC misses a major leadership presence that has proven vital in changing the culture of a team formerly notorious for its defensive miscues.

With Nick Hagglund also out with a long-term injury, TFC will either be forced to rely on Bradley and van der Wiel at an unfamiliar position for an extended period or rush back Jason Hernandez, Eriq Zavaleta and Chris Mavinga. All three are expected to come back in the coming weeks but, until then, TFC is in a bit of a pickle.

The issues also extend into the attack. Jozy Altidore looks set to miss time after suffering an injury in the CCL finale while Victor Vazquez has yet to reach full fitness after suffering a back injury early in the season. Vazquez’s absence, in particular, was felt in the opening leg as TFC struggled to provide the cutting edge in a 2-1 home defeat.

As for replacements, Tosaint Ricketts has always been a strong super sub that could now be pushed into a starting role. Or TFC could use the 4-1-4-1 formation deployed against the Chicago Fire with Sebastian Giovinco as a lone striker. It’s not his best position, but it does make use of TFC’s midfield depth in an efficient way.

Regardless of who is in or out of the lineup, TFC has little time to waste. Obviously, many expect the reigning MLS Cup winners to be just fine at the end of it all, but there’s still a ton of ground to make up. As things stand, TFC sits dead last in the East, 16 points behind conference leaders NYCFC and eight points out of a playoff position. Sure, there are games in hand, but TFC will have to start collecting points before falling into too large of a hole.

While this coming weekend presents a more forgiving matchup against the Philadelphia Union, an MLS Cup rematch with the Seattle Sounders comes after. Clashes with fellow contenders New England. Orlando City and FC Dallas soon follow, providing several tests heading towards the summer.

TFC will be battling several playoff hopefuls, the injury bug and, in some ways, time over the next few weeks, and it may be a defining period for a team that will be doing some soul-searching after a heartbreaking CCL loss.