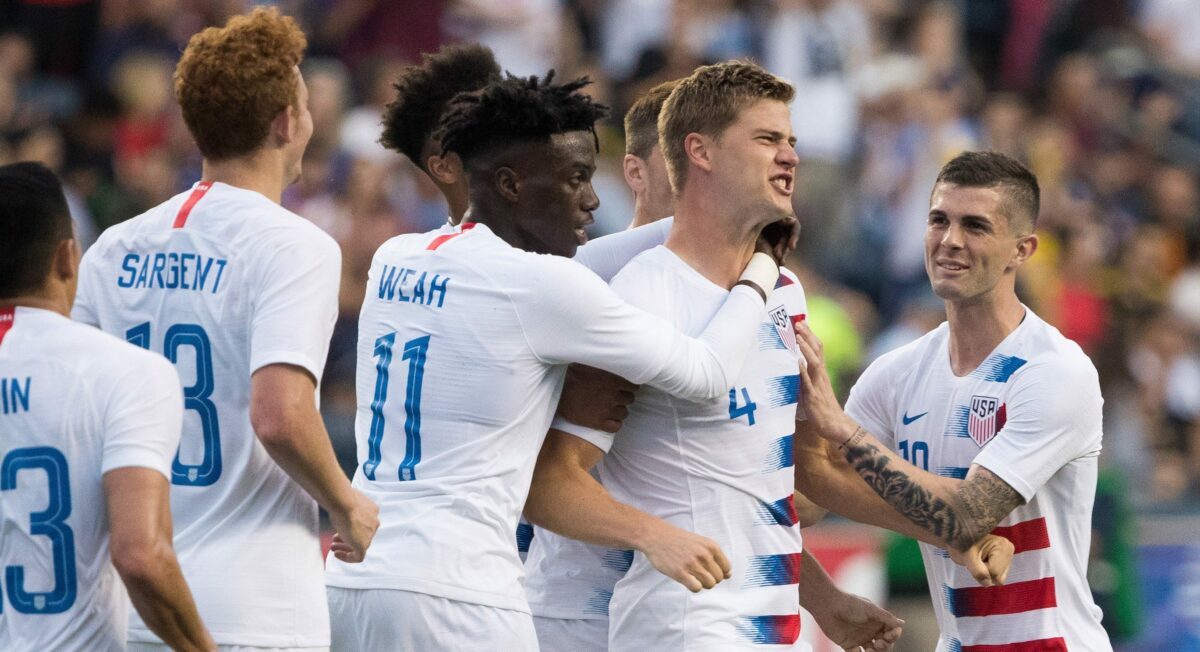 Given the chance to shine in Monday’s friendly, the U.S. Men’s National Team’s youngest stars impressed in a 3-0 win over Bolivia.

Following a number of solid sequences and a few close calls, Zimmerman skied above his man to give the USMNT the lead in the 37th minute. The LAFC defender was on the end of a Joe Corona corner kick, giving the U.S. a much-needed breakthrough late in a first half that saw them control the play.

The second half saw sustained dominance and more goals with both Sargent and Weah collecting their first international finishes. Sargent’s goal came in the 52nd minute as the Werder Bremen forward forced a turnover from goalkeeper Carlos Lampe and then buried the ensuing shot.

Weah’s finish was significantly prettier thanks to some strong work from Antonee Robinson. After beating his man down the left-hand side, Robinson whipped in a cross to a surging Weah, who smashed a shot first time to push the lead to 3-0.

From the beginning, the U.S. was the more active and creative side, and that creativity yielded a number of solid opportunities. Many came down the right-hand side featuring Weah, who shook off an early injury while becoming a handful in wide areas.

Weah linked up particularly well with Sargent, combining on a number of one-twos, while Rubio Rubin and Weah linked up on one of the better USMNT chances within the opening 15 minutes.

The second half saw Sargent and Weah come out to a loud ovations. Keaton Parks joined the fray in the 61st minute, making his USMNT debut, while Matthew Olosunde also earned his first cap as a substitute in the second half. Overall, all six uncapped players named to the gameday squad earned at least 20 minutes of game time in the 3-0 win.

Next up for the USMNT is a clash with Ireland on Saturday before a friendly against France that serves as Les Bleus’ World Cup sendoff.