After a long road to recovery, Amy Rodriguez eyes a World Cup roster spot with USWNT 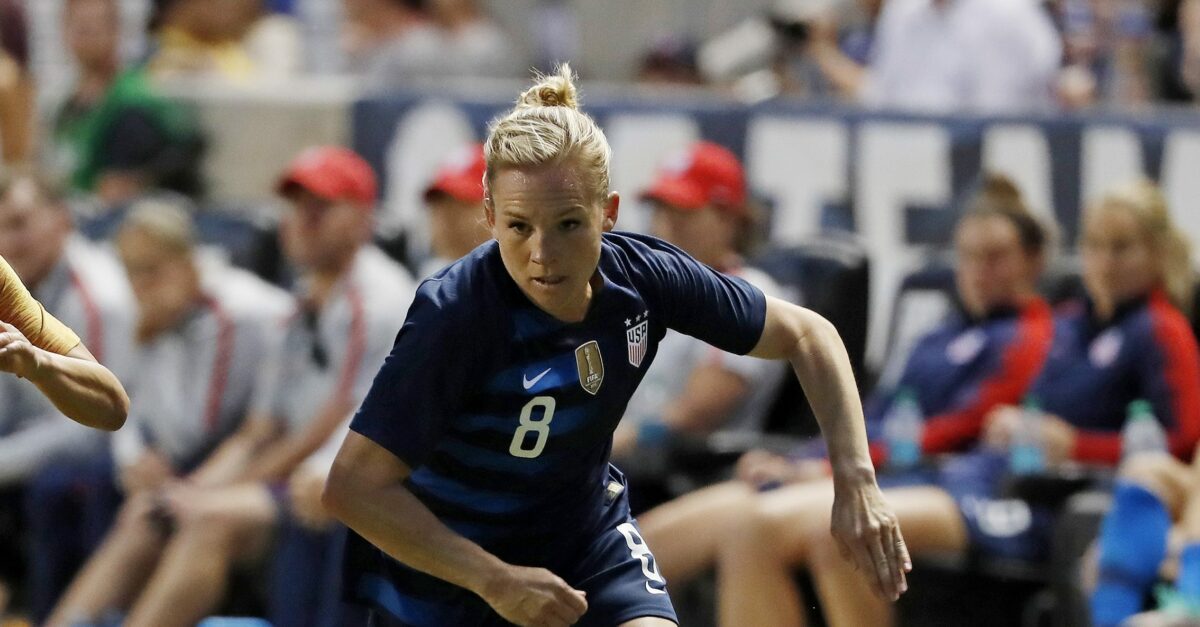 With 14 minutes to go and the U.S. Women’s National Team up 1-0 against China, a familiar face came on the Rio Tinto pitch. It was Amy Rodriguez, earning her 131st cap at the same stadium she calls home when playing for the Utah Royals.

It was 14 months ago when Rodriguez made her return from maternity leave for club and country, only to tear her ACL in FC Kansas City’s opening game of the season.

“It felt similar to what I remember and it felt very normal again to be back on the field, but I will say there was a lot of meaning behind the game,” Rodriguez told SBI. “There was a lot of special feeling just given my last 14 months.

“Right as you’re standing up, you fall back down again,” she said about the situation, “and so that’s how the last year kind of felt for me.”

The road to recovery required positivity, Rodriguez said, though it was not always easy.

“I surrounded myself with an excellent support system who I thought did a great job with rehab and my training, so all things that I could control, I did, and the things I couldn’t control, I didn’t let it get me down,” she said.

“Obviously, I didn’t choose to have an injury, so I just tried not to let it get to me, but there were definitely difficult days, challenging days where I wasn’t sure if I was going to return to be the player that I once was or I wasn’t sure if my knee pain was going to go away or if my knee was going to feel normal again, but I just kind of trusted the process. I knew that it was going to take time. Patience was one of my greatest virtues in this.”

She eventually did make a full recovery, but her return for club this time came after Kansas City’s dissolution and rebrand of sorts to become the league’s latest expansion team in Utah. The circumstances provided Rodriguez with an opportunity to ease back into the team.

“I was in a unique situation because everything felt new,” Rodriguez said. “Playing soccer again felt new. Training in a professional environment felt new because I had just taken the last year off. [The Royals] also had a new coach, new facilities, new teammates. Everything — literally everything was new.”

That allowed Rodriguez to not feel the pressure of trying to insert herself into a well-established team, but, naturally, came with some usual growing pains for an expansion team.

“The biggest struggle of a new team in their inaugural season is finding the chemistry, finding out your identity,” she said. “I think the team’s still working through that.”

Her return to the national team, though, was a bit different. Rodriguez enters a team that has yet to figure out its starters, but has its three spots in attack essentially locked in.

“I had a lot of meetings, individual meetings, team meetings, just so that I could kind of get myself back on the same page as the squad,” Rodriguez said. “When you miss a year, you’re missing out on all of that time of keeping in on all of the details and the game plans and specific things that the coaching staff wants us to do.”

Though Thursday’s performance saw only a brief cameo from Rodriguez, U.S. head coach Jill Ellis has been impressed with her return to form. The player, too, is satisfied, but believes there is still work to be done.

“I feel really good,” she said. “I feel healthy. I don’t have any problems with my knee. I don’t have any issues there, but the challenge with all soccer players, injuries or not, is getting to that sharp feeling. Every player wants to be on point, sharp, firing on all cylinders and that’s what I’m looking to do.”

Still, she will not rule out a trip to France as part of the U.S. team that will look to defend its World Cup title next summer. But, for now, Rodriguez is just happy to finally be playing regularly again.

“I think, as any athlete, it’s not done until you accomplish your goals,” Rodriguez said. “Obviously, my goal for [the next] year would be to win a World Cup or to make the World Cup roster and hopefully try to help this team win the World Cup.”

“I’m on the other side of it,” she added, “which makes me look back and reflect and I’m really proud of myself for what I’ve done.”