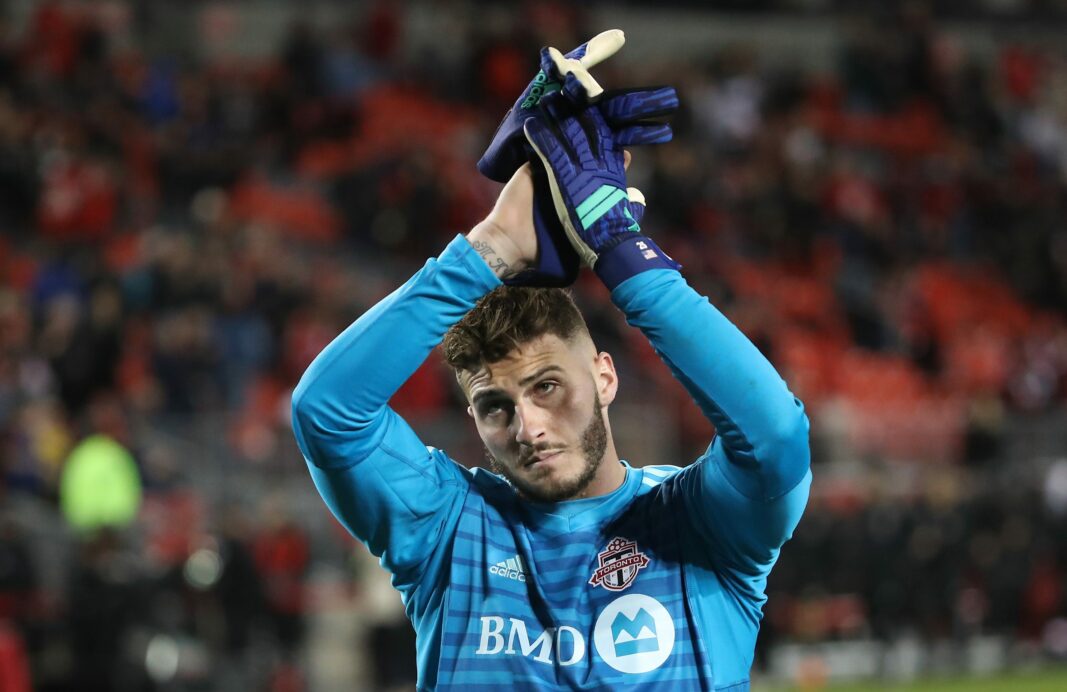 Toronto FC have rewarded the strong play of goalkeeper Alex Bono over the last couple seasons with a shiny new contract.

The 24-year-old Bono has 18 appearances for Toronto so far this season and has four clean sheets. He’s coming off a record breaking season in which he set club records for shutouts and wins. He’s also the club’s most successful goalkeeper with 37 victories in his short career.

He made his first appearance for the U.S. Men’s National Team in their 3-0 win over Bolivia back on May 28.

“Alex was a big part of our success last season. He set club records for wins and clean sheets and was a critical piece of our championship team,” the club’s Sr. Vice-President, Soccer Operations & General Manager Tim Bezbatchenko said. “Since joining the club as a first round pick in 2015, Alex’s ability to make key saves in big moments has been critical to our success.”

Terms for the new contract were not released, but, according to the MLS Players’ Association, his annual salary was less than half that of backup keeper Clint Irwin at the beginning of the season.