Belgium scores early and often in rout of Tunisia 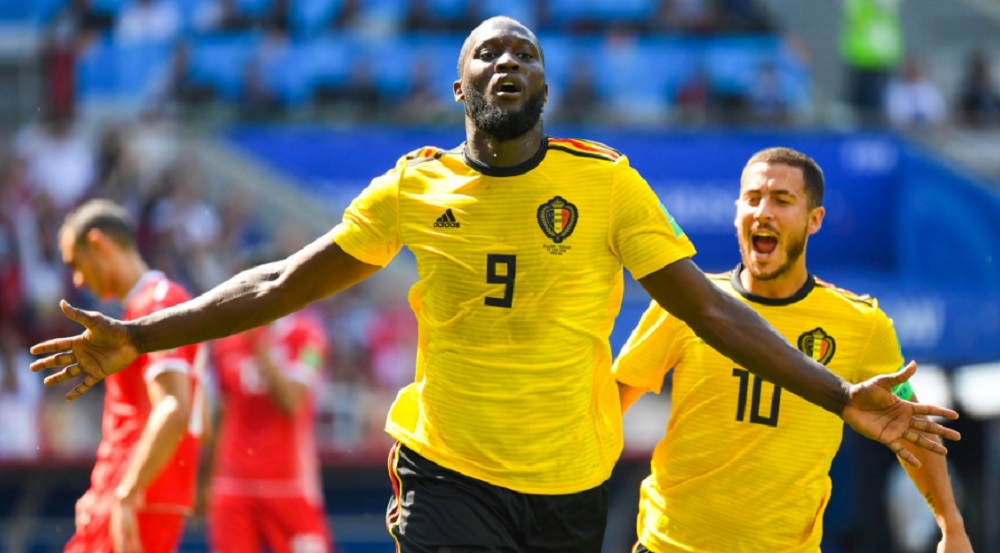 Goals were flying off the shelves in Moscow as Belgium coasted through a blowout of Tunisia.

Eden Hazard and Romelu Lukaku each scored twice for the Red Devils as they smacked Tunisia by a 5-2 score.

The goals flew fast and furious in the first half with Belgium getting off to a quick start. A sixth minute penalty allowed Hazard to open the scoring just six minutes into the match. Lukaku scored his first goal of the day ten minutes later and Tunisia got on the board with a free kick header in the 18th by Dylan Bronn.

Lukaku would grab a second just before the half time whistle by collecting a through pass and slipping a shot underneath Farouk Ben Mustapha.

The second half started just as quickly as the first. Hazard made it 4-1 to the Red Devils by getting behind the Tunisian back line and smashing into an empty net in the 51st minute. The fifth came in the final minute with a nice sliding finish from Michy Batshuayi.

Although that was it for the goals scored, Belgium were unlucky to have not scored several more. A combination of posts, clearances off the line, and excellent saves were the reasons they didn’t hang six or seven when all was said and done.

Tunisia are eliminated from the World Cup with the loss and will finish their tournament on Thursday against Panama. Belgium, who are through to the knockout rounds, will conclude their group stage against England, also on Thursday.

Romelu Lukaku scored twice and probably could have had another one or two had a couple extra bounces gone his way.

The penalty six minutes into the game set the tone for a high scoring, physical encounter.

Ali Maaloul was a glorified pylon in the Tunisia defense. He spent the much of the match getting torched out wide by Belgium’s quick attackers.