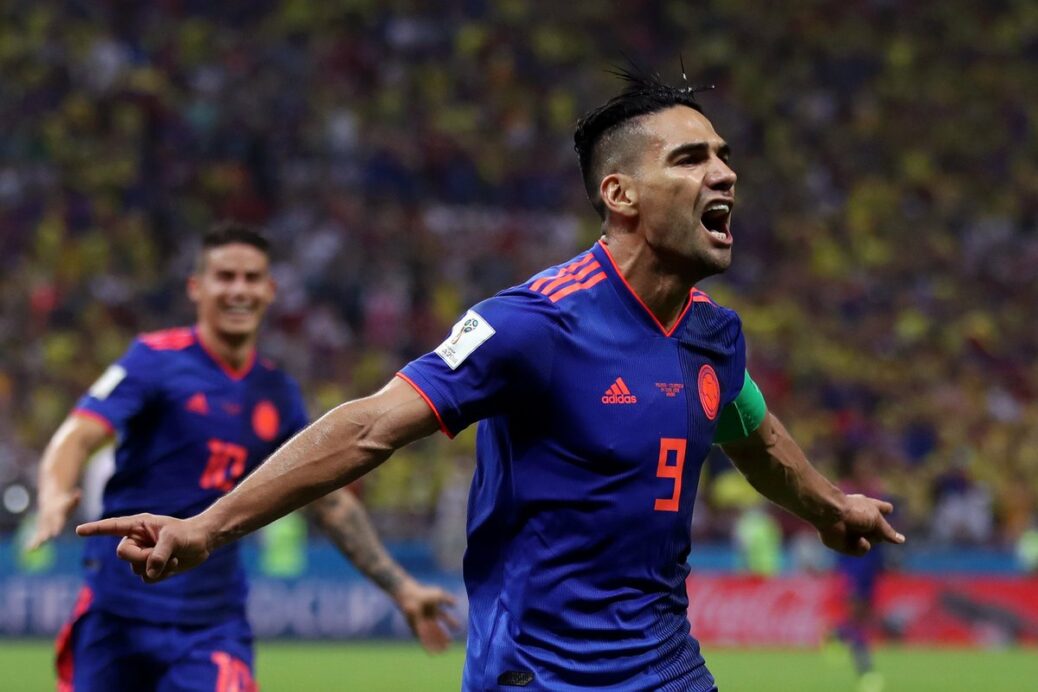 The Colombia team we were waiting to see show up at the World Cup arrived on Sunday, as it knocked off Poland 3-0.

Yerry Mina, Radamel Falcao and Juan Cuadrado finished off a goal each to keep Colombia alive in the group stage while eliminating Poland.

Mina brought the game to life in the 40th minute, as he headed home a beautiful assist sent in by James Rodriguez off a short corner kick routine.

Despite controlling the match with plenty of pressure in the final third, Los Cafeteros didn’t strike again until the 70th minute, when Falcao produced his long-awaited first World Cup strike.

Falcao, who was a menace to the Polish defense for most of the second half, made a nice run into the right side of the box and finished past Wojciech Szczesny.

Colombia enters the final matchday of the group phase one point behind Japan and Senegal, with the African side lining across from it on Thursday.

James Rodriguez produced a masterclass in attack, as he delivered a pair of impressive assists and torched Poland’s defense for 90 minutes.

Falcao’s strike not only shut the door on Poland, but it completed an emotional journey for the forward to get into Colombia’s squad after missing out on the 2014 World Cup with an injury.

While Colombia’s stars shined, Robert Lewandowski failed to make a consistent impact in the final third, leading to an ineffective 90 minutes of attacking for the seeded team in Group H.