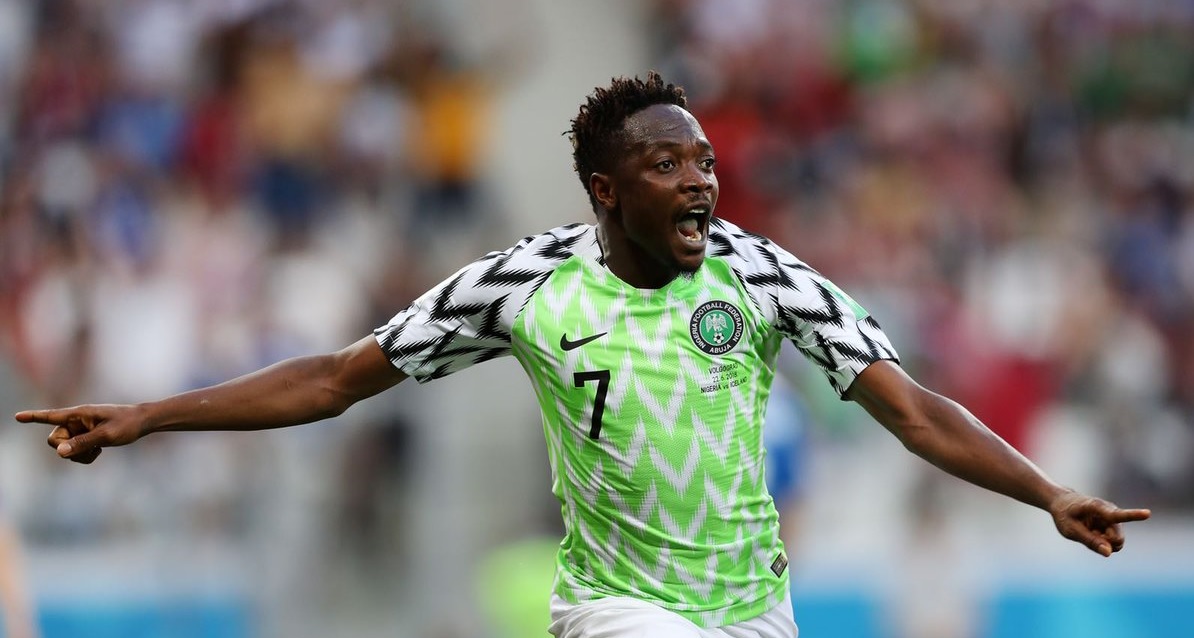 Iceland had all the momentum coming off their dramatic draw against Argentina, but it was Nigeria stealing the show to put themselves in the driver’s seat in the race for a place in the knockout rounds.

The Super Eagles got two goals from Ahmed Musa in the second half to down the Vikings, 2-0.

Nigeria’s opener came shortly after halftime on a ruthlessly precise counter attack. The move ended with a wonderful cross into the box from Victor Moses to Musa in the penalty area. The CSKA Moscow forward skillfully brought the ball down before smashing it into the back of the net on the half-volley.

His second of the match put the game to bed in the 75th minute. It was another well executed counter with Musa doing most of the work himself. He outran the Iceland wide defense, juked Hannes Halldorsson off his line and booted the ball into the gaping goal.

Iceland had an excellent chance to get back into the game in the final ten minutes. Alfred Finnbogason was brought down in the penalty area in the 80th minute and, after VAR stepped in to confirm the call, Gylfi Sigurdsson had a chance from the spot. The Everton midfielder skied his attempt well over the bar, however, and Iceland remained goalless.

Group D action concludes on Wednesday afternoon at 2 p.m. and Nigeria will be able to secure a spot in the Round of 16 with a draw or better against Argentina, who remain the hunt for a knockout round place with this result. Meanwhile, Iceland will face a difficult challenge against already qualified Croatia. They will need all three points and a Nigeria loss to move on.

Iceland was still alive in the match until Musa buried his second goal with just 15 minutes left to play.

Iceland struggled to get anything going on the attack and their talisman, Gylfi Sigurdsson, really bears a lot of the blame for it. Not to mention his penalty was nothing short of awful.