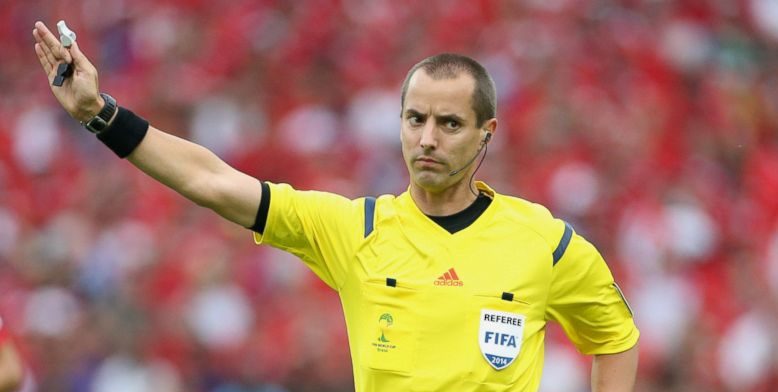 FIFA has rejected an accusation that American referee Mark Geiger asked for the jersey of Portuguese national team captain Pepe during Portugal’s win against Morocco on Wednesday.

Geiger is in the middle of a controversy after Moroccan Nordin Ambrabet accused him of having asked for Pepe’s jersey during Portugal’s 1-0 win. On Thursday, FIFA came out in support of Geiger, calling the accusation untrue.

“I do not know what he is used to but he was very impressed with Cristiano Ronaldo and I hear from Pepe that he asked (Ronaldo) in the first half if he could have (Pepe’s) shirt,” Amrabat told a Dutch TV crew after the match. “What are we talking about? At the World Cup? It’s not a circus here.”

Though Geiger is forbidden from speaking publicly about World Cup issues during the tournament as a working referee, FIFA categorically rejected the claim against Geiger in a statement issued on Thursday.

A two-time winner of the MLS referee of the year award, Geiger is no stranger to controversy in international competitions. He was roundly criticized at the 2015 CONCACAF Gold Cup for his handling of Mexico’s 2-1 win against Panama, which saw a dubious 89th minute penalty help Mexico tie Panama in a match that also included a questionable early red card against Panama.

Geiger eventually admitted to making mistakes in the Panama-Mexico match, but in the years since he performed well enough to earn a return to the World Cup in 2018 after serving as a referee in the 2014 competition in Brazil.

This wasn’t the first time an American referee has been accused of wanting a player’s jersey. Jair Marrufo was suspended two matches by U.S. Soccer in 2009 for accepting the gift of a Cuauhtemoc Blanco jersey. Marrufo is officiating at the 2018 World Cup, joining Geiger as one of two American referees working the World Cup.