Following ugly loss in Atlanta, Union get back to business with Open Cup win 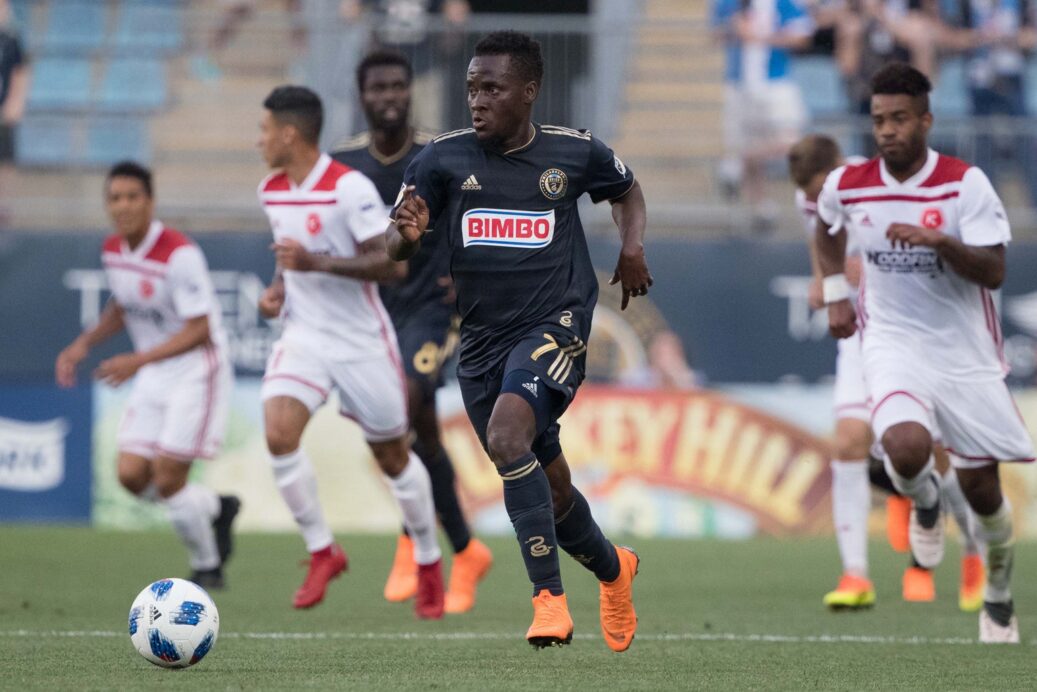 CHESTER, Pa. — Anytime things don’t go the way you planned in a match, you hope it doesn’t lead to further issues as the next match approaches. The Philadelphia Union did not let that happen on Tuesday night as they began their U.S. Open Cup quest.

Jim Curtin’s side erased the what-ifs from Saturday’s MLS loss in Atlanta by stomping USL outfit Richmond Kickers, 5-0, at Talen Energy Stadium. Richmond may be a team struggling for consistency in the USL, but anytime you welcome a new opponent to your stadium you never know what could be in store.

A four-goal first-half propelled the Union to an easy walkthrough in the second-half as they prepare for a league clash with Toronto FC on Friday. Jack Elliott, David Accam, and Jay Simpson all scored their first goals of the season for Philadelphia, while youngsters Anthony Fontana and Marcus Epps each added their second tallies of the season.

“Very happy with the professionalism from the group tonight even with a lot of young faces in the line-up,” Curtin said. “I thought we came out with the right intensity and they handled their business from the opening whistle. These games can be tricky and we wanted the guys to come out with the right mindset.”

“Credit to a veteran like Haris for leading a bunch of younger guys like he did tonight, sometimes it’s not easy. It was a special night for the team.”

Haris Medunjanin led the Union with his veteran skillset, but was also to calm the bunch down at times and run the show when called upon. The Bosnian was sent off in the team’s 3-1 loss at Atlanta and will miss the upcoming clash against TFC. He may not have scored a goal in the triumph on Tuesday, but he did show great class for the good of the group.

After joining from the Chicago Fire in the offseason, Accam has found it tough to score goals. The 27-year-old Ghanaian scored the Union’s second of the night, slotting in from the penalty spot for his first goal since August 27th, 2017. It may just be a goal in a cup tournament, but Accam will still savor this goal for his new club.

“It was really special for me to score my first goal for the club,” Accam said. “Cory (Burke) was really nice to me and let me take the penalty. Every game for us is important and for us to be on the front foot as much as we were, it was good for the team.”

On the other end of the formation, the Union have seen three young centerbacks all come into the fold in 2018. Homegrown products Auston Trusty and Mark McKenzie have each seen time, with Trusty headlining the group, McKenzie has recently seen his number called, while second-year man Elliott is fighting to come back into the spotlight of a strong rookie season last year.

19-year-old McKenzie got his eighth start in all competitions on Tuesday, pairing with the English international Elliott as the centerback duo. Keeping the clean sheet was always going to be important, while keeping Richmond from being too comfortable. Bouncing back is always what a young player hopes to see from not only himself, but his teammates and McKenzie was not disappointed at the final whistle.

“It was important to get the result and I liked the fight from the team,” McKenzie told SBI. “We had four at the half, probably could’ve had a few more but overall job well done.

“Auston, Jack, and myself all work in training for moments like this and it’s next man up at times. Whenever your name is called you have to be prepared and as a group we’re continuing to build. Now we just have to take what we did tonight and translate that into Toronto on Friday.”