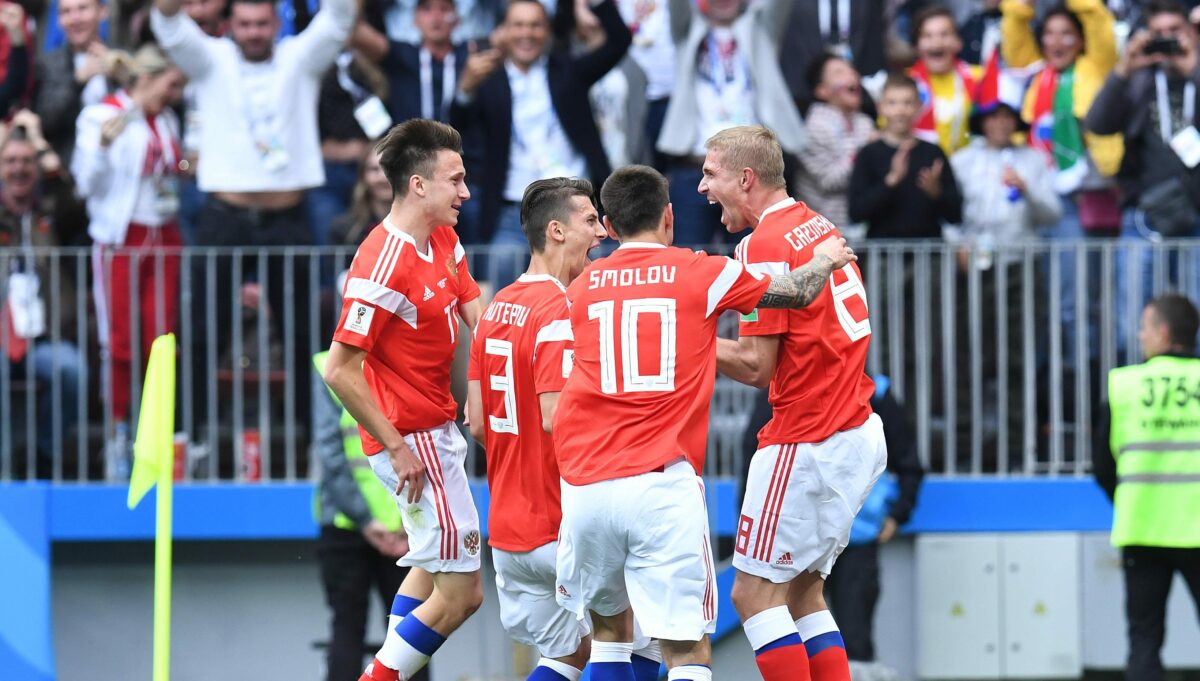 Russia opened the 2018 World Cup in style thanks to a standout performance from a young playmaker.

Aleksandr Golovin assisted on two of the Russian goals and scored the fifth on Wednesday as they cruised past Saudi Arabia, 5-0 in Moscow. The win is Russia’s first World Cup victory since 2002.

It took just 12 minutes for the hosts to create their first World Cup moment as Iury Gazinsky sent the stadium into a frenzy with the game’s opener. Following a cleared corner kick, Golovin whipped a second ball to the back post, where Gazinskiy skied over his defender for the finish.

Soon after, the mood soured a bit for Russia as veteran midfielder Alan Dzagoev departed with an apparent hamstring injury. His replacement, Denis Cheryshev, made the most of his chance, scoring just moments before halftime to push the lead to 2-0.

Throughout the second half, Russia continued to push the pace against a clearly overmatched Saudi Arabia team before finally breaking through on a goal from another substitute. Artem Dzyuba provided the headed finish on a cross in from Golovin. Cheryshev added a fourth goal with an absolute lightning bolt of a shot from outside the penalty area in stoppage time and Golovin added to his already wonderful day by scoring on a free kick with the last action of the match.

Group A play continues on Friday as Egypt faces off with Uruguay.

Golovin assisted on two of the goals and scored one of his own as he furthered his reputation as one of the tournament’s young stars.

There’s nothing quite like a tournament-opening goal, and Gazinky’s headed finish set the tone for Russia’s dominance.

Saudi Arabia’s defense was nothing short of dreadful with captain Osama Hawsawi shouldering quite a bit of the blame.