Green, Mbappe score as USMNT holds on for draw with France 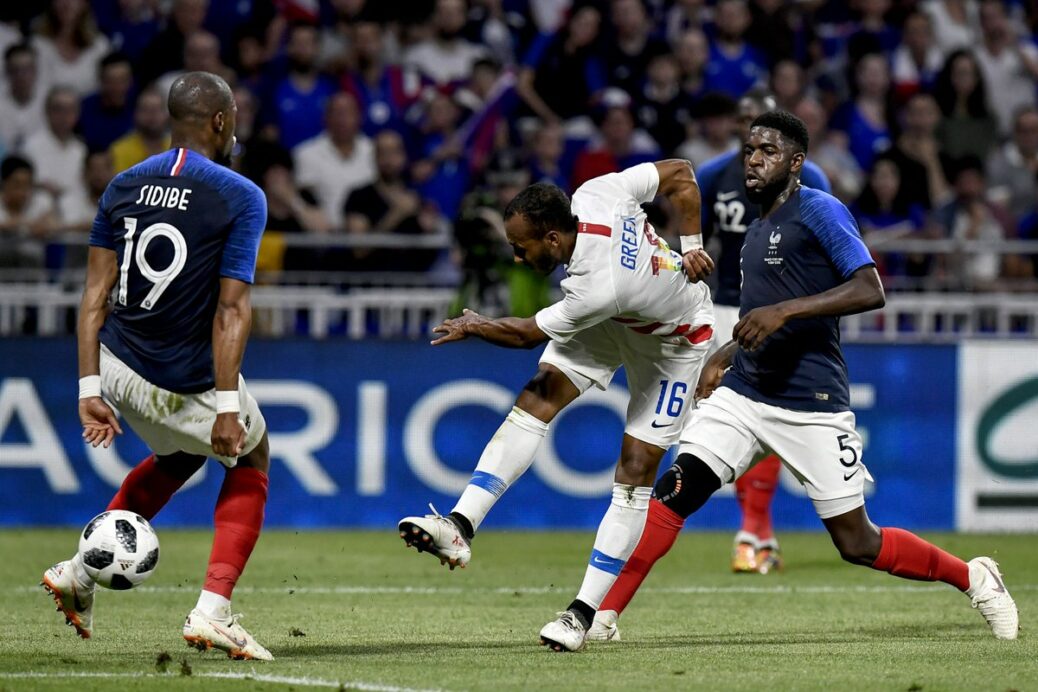 The U.S. Men’s National Team was set up to provide France with one final test before Les Bleus take off for Russia. When all was said and done, though, the USMNT put together a performance that few could have foreseen.

A first half goal from Julian Green was cancelled out by a late goal from Kylian Mbappe as the U.S. earned a 1-1 draw with France. Facing off with a World Cup contender, the U.S. held on to seal an impressive draw despite boasting a roster with an average age of just 23.

At the tail end of what was largely a lopsided first half, the U.S. poached a goal through Green, who scored his third goal in his fourth USMNT start. A cross in from Shaq Moore was misplayed by France’s Djibril Sidibe, leaving a loose ball for Green to pounce onto and fire past Hugo Lloris just before halftime.

The U.S. nearly held onto that lead for the duration of the match before finally conceding in the 78th minute. Mbappe, one of the final few French starters on the field at the time, tapped home a shot first-time to push the scoreline to 1-1.

Through the first 45 minutes, the U.S. could do little more than hang on for dear life as the frontline of Mbappe, Olivier Giroud and Antoine Griezmann dictated much of the play. Paul Pogba had an active first half, hitting a shot off the post, as France had nearly all of the ball and created a bulk of the chances.

The U.S. did have a few moments, though, as the half wore on, and those small moments culminated in Green’s goal just before halftime.

Early into the second half, it appeared the U.S. had pushed the lead 2-0 only to see Bobby Wood’s goal ruled out for an offside call. After that, though, France got back on the front foot even as substitutions came into the match throughout the second half.

The second half did provide a scary moment for both teams, though as a clash of heads created a stoppage in play. Matt Miazga and Giroud were both left bloodied by the incident, and the two were taken out of the match shortly after. Erik Palmer-Brown replaced Miazga in the USMNT’s back five.

Eventually, though, France broke through as Mbappe finished off a driven cross from Benjamin Pavard. When all was said and done, France outshot the USMNT, 20-2, in the draw.

The USMNT will return to action this September with their first post-World Cup matches.