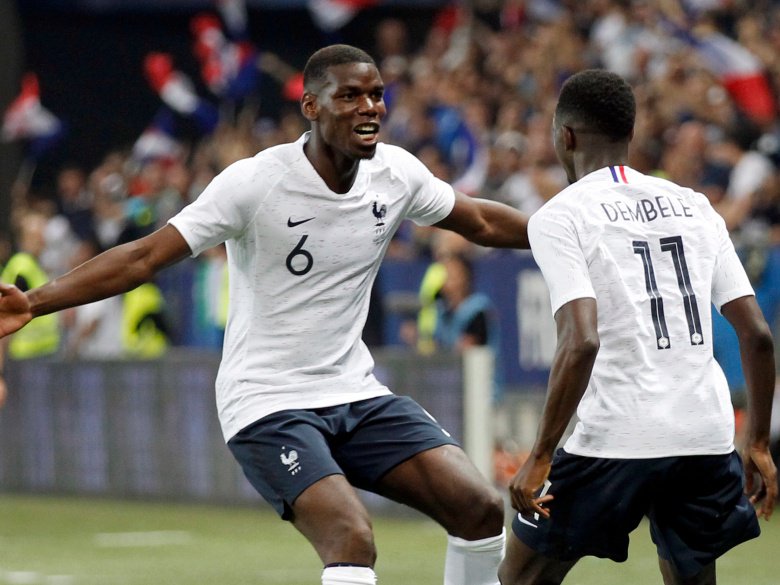 World Cup favorites France continued their strong run in this set of friendlies as they downed Italy 3-1 in Nice on Friday.

Les Bleus received a pair of goals in the first-half followed up by a beautiful curler from Ousmane Dembele to seal the win. Samuel Umtiti opened things in the eighth minute as he finished from a rebound after Kylian Mbappe was saved by Italy’s Salvatore Sirigu. Atletico’s Antoine Griezmann doubled the hosts advantage in the 29th minute as he scored from the penalty spot. Video review was used and went in the favor of France as Lucas Hernandez was fouled by Rolando Mandragora. Leonardo Bonucci pulled one back in the 36th minute after scoring from a set piece situation. Dembele added France’s third in the 63rd minute as he curled a right-footed effort into the top-right corner. Each team had six shots on goal apiece, as Italy continue their transition under new manager Roberto Mancini.

A pair of second-half goals helped Austria to a 2-1 home success against defending World Cup champs Germany on Saturday. Mesut Ozil gave Germany a 1-0 lead in the 11th minute as he blasted a left-footed shot into the top-left corner. Martin Hinteregger leveled the score in the 53rd minute as he finished David Alaba’s cross from a tough angle. Alessandro Schopf played the hero for Austria as he scored the eventual winning goal in the 69th minute. Despite only 35% of the match possession, Austria held on for their first win over Germany since 1986. Joachim Low’s men return home for their final tune-up against Saudi Arabia on June 8th, before kicking off their group stage play against Mexico on the 17th.

Here’s all of Friday and Saturday’s International Friendly Results: