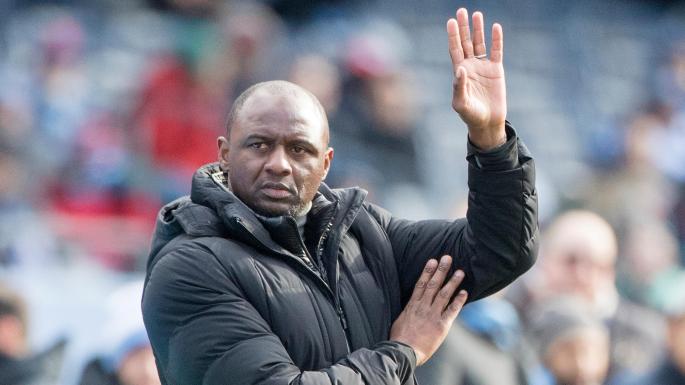 Patrick Vieira has stated in the past he felt ready for a managerial position in Europe. On Sunday, the former French international has officially made the jump.

Vieira will officially become the manager of Ligue 1 outfit Nice, according to the Manchester City team site.

It appears the announcement was an accidental one due to Manchester City pulling it from the team site around an hour after releasing it. The MLS and NYCFC websites had yet to publish any announcement of Vieira’s departure when Man City dropped its announcement, and there is still no announcement on any of the three sites as of Sunday evening.

“I would like to thank City Football Group and New York City FC for the opportunity to have coached this tremendous football club,” Vieira said in the original statement released by Manchester City. “Leaving New York is an incredibly difficult decision for me and for my family and one that has not been taken lightly.”

“From the beginning, City Football Group and its leadership, particularly our Chairman Khaldoon Al Mubarak, Brian Marwood, Ferran Soriano and Marty Edelman have believed in me and have helped guide me through the last eight years of my career – starting with my time as a player and ultimately culminating with my first opportunity to manage a First Team.”

“Having the opportunity to be a Head Coach in New York is something many dream of. Our incredibly passionate fans have made this one of the most special experiences I’ve had in football. Thank you to each and every one of you that stands by the team day in and day out.”

Vieira’s record as NYCFC head coach was 39-21-27 in his tenure with the club. No replacement has been named for Vieira’s successor at the club with assistant coach Christian Lattanzio set to join the Frenchman at Nice.

Manchester City assistant Rodolfo Borrell has emerged as a possible candidate for the position.