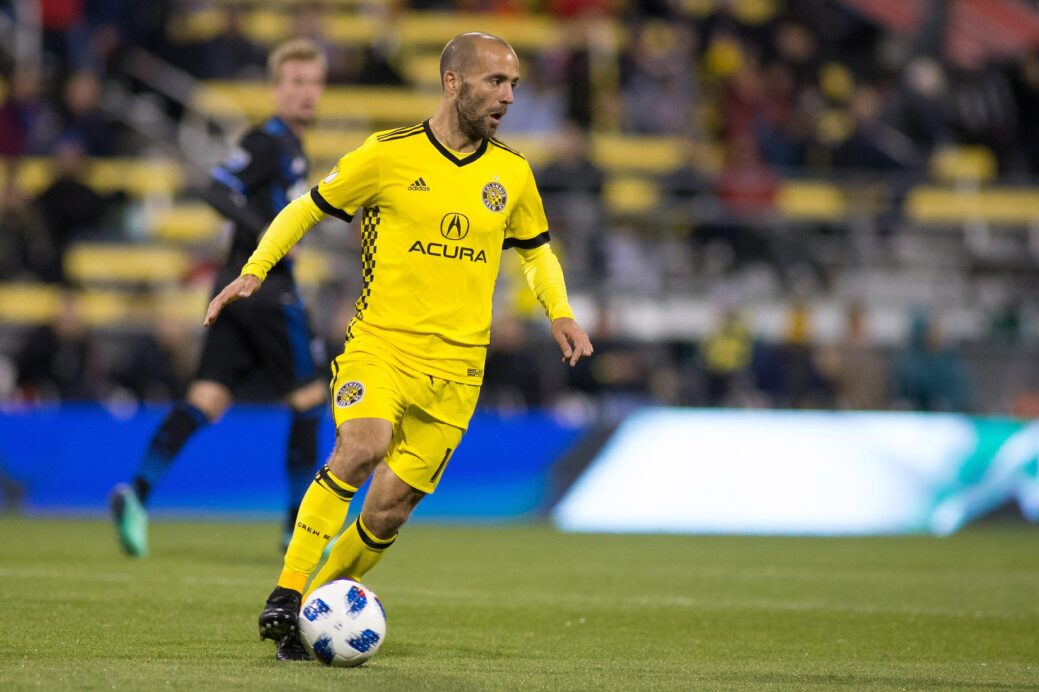 Federico Higuain will not serve a suspension after being sent off in the Columbus Crew’s last match at Sporting KC.

According to MLS, the Independent Panel rescinded Higuain’s red card on Friday which will allow the Argentine to play in the Crew’s June 2nd match against Toronto FC. Higuain however will have to pay a undisclosed amount for failing to leave the field in a timely manner at Sporting Park last Sunday.

Columbus will keep their two unsuccessful appeals after succeeding on this one.

REVOLUTION DEFENDER CHRIS TIERNEY OUT FOR SEASON WITH TORN ACL

The New England Revolution will be without one of their defenders for the remainder of the 2018 season.

Chris Tierney suffered a torn ACL in Wednesday’s 1-1 draw with Atlanta United and was subbed off in the 43rd minute of the match. Tierney was placed on the Season Ending Injury (SEI) list on Friday and is expected to undergo surgery in a few weeks.

An 11-year MLS veteran, Tierney is the longest tenured field player in Revolution history. He ranks third in club history with 246 MLS appearances and fourth with 220 starts.

According to MLS, Martinez was also fined an undisclosed amount by the league following his actions during the Crew’s 0-0 draw against Sporting KC last Sunday. He will serve the suspension against both Toronto FC on June 2nd and the New York Red Bulls on June 9th.

In his third season with Columbus, Martinez has made 13 appearances for Gregg Berhalter’s side, registering two assists. The Crew currently are in second place in the Eastern Conference with 25 points through 14 matches.

Donovan, 22, has played every minute so far this season for RGVFC through their first 10 matches of the USL season. The former U.S. youth international played under current Dynamo coach Wilmer Cabrera on the U.S. U-17 squad in 2011-12 and was a second round selection in the 2015 MLS Superdraft by Orlando City.

Donovan only appeared once for the Lions in August 2015, playing only 10 minutes before suffering a torn ACL. His contract option was declined by Orlando at the end of 2017 before joining Houston.

With the signing of Donovan, the Dynamo have 30 players under contract for 2018.