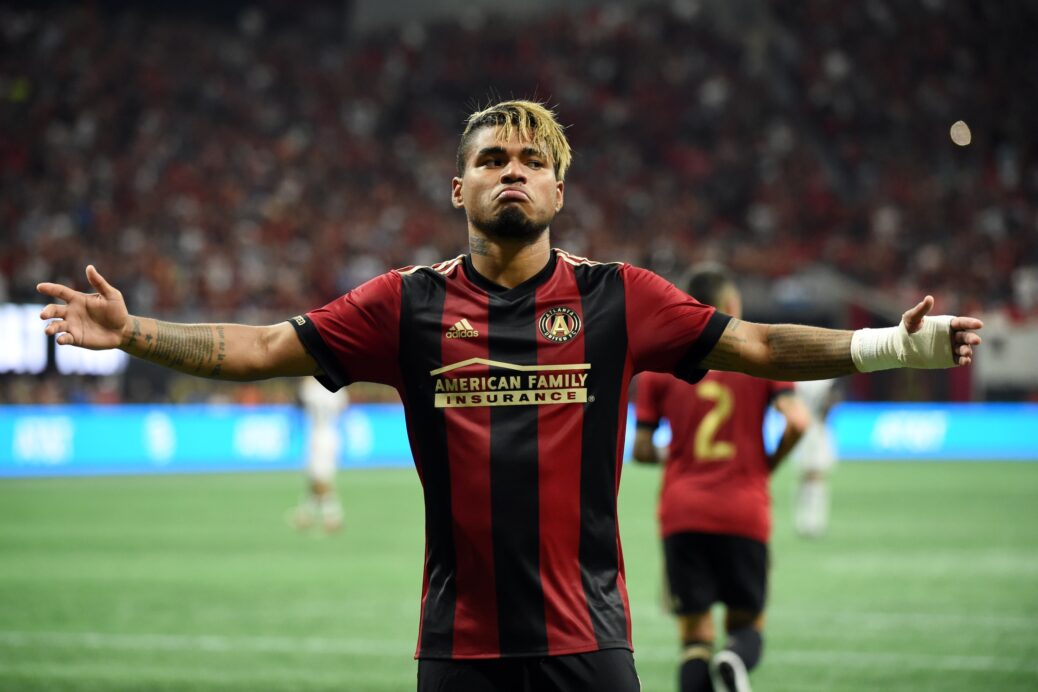 Saturday presents the final test for some Major League Soccer teams before the World Cup break goes into effect for a week.

At the moment, there are a handful of teams in need of pulling of victories to reverse poor form with a layoff occurring soon.

On the other end of the spectrum, there are a few teams in terrific form entering Week 15 that would love to continue making a statement in the second week of June.

The Week 15 slate starts in the Eastern Conference on Friday night and Saturday afternoon, but then turns to the Western Conference, as four matches kickoff after 10 p.m. ET.

Below is a look at each of the games being played in Week 15.

Two of the best teams in MLS square off on a Saturday afternoon inside a baseball stadium, a venue far from fitting for the electric attacking clash we should see out of Atlanta United and New York City FC.

In three meetings between the two sides, NYCFC has one win, Atlanta has a victory and they drew at Mercedes-Benz Stadium on April 15.

The winner of the contest will sit atop the Eastern Conference entering the World Cup break, and it could be Patrick Vieira’s MLS farewell, as he is continued to be linked with Nice.

With five players on the two rosters with six goals or more through 14 weeks of play, we should be in for a good amount of goals, but don’t be surprised if one or both of the defenders steps up and makes a statement, one that could reinforce a team’s championship credentials.

Other Games To Watch

Even after their red card debacle in Atlanta a week ago, the Philadelphia Union have moved into the must-watch category.

Without Haris Medunjanin and Alejandro Bedoya, the Union will try to rebound in league play against Toronto FC, who is seven points behind Jim Curtin’s side in the East.

The Reds carry a 207-minute shutout streak against the Union into Friday night, as they’ve won the last two meetings by a 3-0 score.

Friday feels like the perfect opportunity for Toronto to get back on track, but we’ve also been saying that for the last few weeks and it hasn’t come to fruition.

After you watch Wil Trapp, Zack Steffen, Tyler Adams and Tim Parker represent the U.S. Men’s National Team against France, you have an opportunity to take a look at their club sides.

Before losing 3-2 in Ohio in September, the New York Red Bulls dominated the regular-season series with the Columbus Crew.

Even with Steffen out on international duty, it’ll be hard for the Red Bulls to score on the Crew, who didn’t concede a goal in May and enter on an eight-game league unbeaten run.

Both Bradley Wright-Phillips and Gyasi Zardes could eclipse the 10-goal mark if they score in Saturday’s East playoff preview.

Speaking of playoff previews, there’s one in the Western Conference amidst a collection of late starts on Saturday, as Sporting Kansas City visits Providence Park to take on the Portland Timbers.

The recent clashes between Sporting KC and the Timbers have been tight, and the same is expected from the first and fifth-place teams in the West.

Giovanni Savarese’s men are 4-0-1 at home, but that record could take a hit with Sporting KC entering with a 3-1-2 mark on its travels.

Sporting KC could earn more scoring opportunities with Diego Chara out of the Portland lineup due to yellow-card accumulation.

The home team has never won in three matchups between Orlando City and the Vancouver Whitecaps.

Jason Kreis’ men are in need of a result at BC Place after losing four straight, and given the Whitecaps’ inability to make the stadium a fortress, they could get back on track on Saturday.

Carl Robinson’s Whitecaps ended a five-game winless run in Colorado in Week 14, and as long as they can weather the absence of World Cup participant Kendall Waston, they should be in position to earn points.

Montreal put its second four-game losing streak of the season to a halt against Houston in Week 14, but now the challenge is to string together results to create some type of positive vibe in Quebec.

FC Dallas has been cruising, and doing it almost under the radar, as it possesses a single loss in league play in 2018.

Since the start of May, Oscar Pareja’s side found the back of the net on 12 occasions, while the Impact gave up eight tallies in the same time span.

The Impact’s biggest issue is finding consistency in front of the net, as they’ve scored 15 times in 2018, a total that is the fourth-worst in MLS, with only D.C., Seattle and Colorado putting up a worse mark.

Thanks to a recent uptick in form, the Chicago Fire have an outside chance of landing in the top six of the East with a win on Saturday, and if results fall their way elsewhere

The injury-riddled Fire have won two of their last three games, and have a chance to do more damage with the New England Revolution coming to Bridgeview.

The Revs have one of the most in-form players in the league in Teal Bunbury, who already eclipsed his 2017 goal total and has strikes in four of the last five games.

There’s really no positive things to say about the Colorado Rapids right now.

Anthony Hudson’s team is in the middle of a seven-game MLS losing streak and fell to Nashville SC in the U.S. Open Cup on Wednesday.

Saturday night appears to be the perfect time for Alberth Elis and Co. to get back on track against the lowly Rapids.

D.C. United deserves credit for handling its daunting west coast swing better than most expected it to.

The Black and Red are 1-1-1 entering the final trip of the stretch against the Seattle Sounders.

No team in MLS needs a win more than the Sounders, who have struggled in every facet of the game this season.

Brian Schmetzer’s team hasn’t scored since its last win in Toronto on May 9.

Real Salt Lake outscored the LA Galaxy 7-3 at StubHub Center a year ago, including the 6-2 drubbing on the Fourth of July.

While the Claret and Cobalt might not score six goals on Saturday night, they stand a chance of earning their third straight league result in Carson.

Mike Petke’s side quietly won its last three games, and it could be ready to make a statement against a Galaxy side more than susceptible of stumbling on its own feet and falling at home.

The Galaxy improved of late with two wins and a draw in their last four games, but they need to find a way to win on Saturday with their next league game on June 30.

LAFC is yet another MLS team in search of righting its form on Saturday, as it comes into Avaya Stadium on a four-game winless run.

Bob Bradley’s men conceded two goals in three of their last four games and have two points to show from that stretch.

San Jose’s been worse during that run, as it enters Saturday on a three-game losing streak and in search of its first win since May 12.