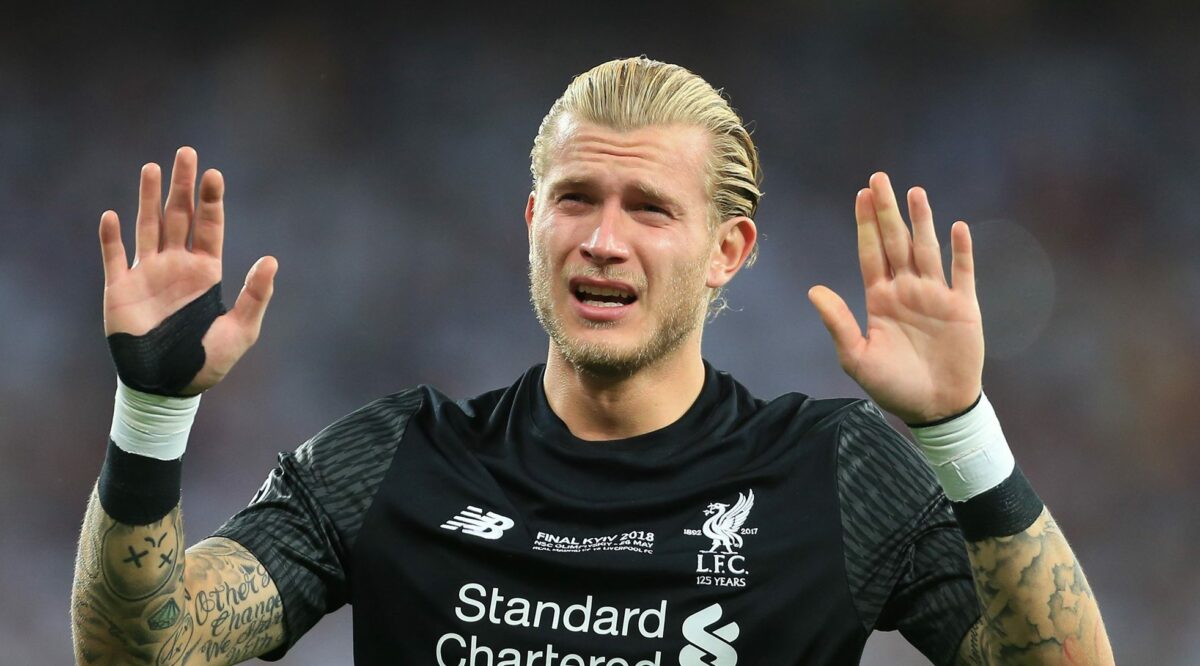 Loris Karius made some huge mistakes in Liverpool’s 3-1 Champions League final loss to Real Madrid last month, but a concussion suffered in the match could’ve affected his performance.

According to ESPN, Karius suffered a concussion in the finals defeat that the Massachusetts General Hospital confirmed on Monday. The German keeper made two efforts in the loss which allowed to goals from both Karim Benzema and Gareth Bale. A collision with Sergio Ramos prior to Madrid’s first goal eventually led to Karius making the pair of mistakes.

Liverpool’s medical team feared that Karius may have suffered the injury in the match, and their worries became reality last Thursday in the United States.

“After carefully reviewing game film and integrating a detailed history — including his reported present and immediate post-contact subjective symptoms — physical examination and objective metrics, we have concluded that Mr. Karius sustained a concussion during the match,” Mass General said in a statement.

“At the time of our evaluation, Mr. Karius’s principal residual symptoms and objective signs suggested that visual spatial dysfunction existed and likely occurred immediately following the event. Additional symptomatic and objectively noted areas of dysfunction also persisted. It could be possible that such deficits would affect performance.”

Karius rolled out a loose ball mistakenly to Benzema for the first of Los Blancos goals two minutes after the collision with Ramos. He later misjudged Bale’s long-range shot allowing it to slip through his fingers, which iced the match. Since the final, Karius has been in California on holiday before reporting to Liverpool training on July 2nd.

Yaya Toure may be a Manchester City legend, but that didn’t stop the Ivory Coast international from speaking his mind about his former boss Pep Guardiola.

The 35-year-old hit out at Guardiola, stating that the former Bayern and Barcelona boss has a problem with African players, according to Goal.

Toure says he was treated unfairly by Guardiola, revealing a suspicion it was because he was African. 2018 marked the end of a eight year stay at the Etihad for Toure, who left the club at the conclusion of this season.

“I want to be the one who breaks the Guardiola myth,” the midfielder told France Football.

“I tried to understand it and I even asked coaches for my stats. When I realised that they were as good or better, both in training and in matches, as those who played and were younger than me, I understood that it was not question of physicality. I don’t know why but I have the impression that he was jealous, he took me for a rival.

Toure also played under Guardiola at Barcelona but left the club in 2010 to join Manchester City. In his over 300 appearances with the Premier League side, he scored 59 goals and won three league titles, one FA Cup, and three league cups.”I have the impression that Pep, without acknowledgment or respect, did everything to spoil my last season.

“He was cruel with me. Do you really think he could’ve been like that with Andres Iniesta? It got to the point I asked myself if it was because of my colour. I’m not the first, other Barca players asked the question too.

“Maybe us Africans aren’t always treated the same by certain people. When you see the problems [Pep] has often had with African players, everywhere he has been, I ask myself questions.”

Toure only made one start in 2017-18 for Manchester City, wearing the captain’s armband in their penultimate match of the season. It is undetermined where Toure will end up next after his time in Manchester has come to an end.

After a disappointing season in all competitions, Manchester United look set to make their first big splash of the summer.

According to ESPN, the Red Devils are close to signing Brazilian playmaker Fred from Shakhtar Donetsk. The 25-year-old is expected to have his medical later this week before finalizing his €55 million move from the Ukranian Premier League side.

Fred featured in Sunday’s 2-0 friendly win for Brazil over Croatia at Anfield as he prepares for this summer’s World Cup in Russia. “I am entirely focused on my training sessions here,” he stated about United’s interest. “I’m leaving these these topics to my agent.”

Jose Morinho hade made signing a central midfielder his top priority this summer with longtime servant Michael Carrick moving into the team’s coaching staff. Fred scored 14 goals in 156 games during his five seasons in Ukraine and was also being courted at one time by Manchester City. However, Pep Guardiola ended interest to focus on acquiring Napoli and Italian midfielder Jorginho.

Fred is one of two names being tossed around with a move to Manchester United in the last few days, with Porto defender Diego Dalot also rumored to be moving to Old Trafford.