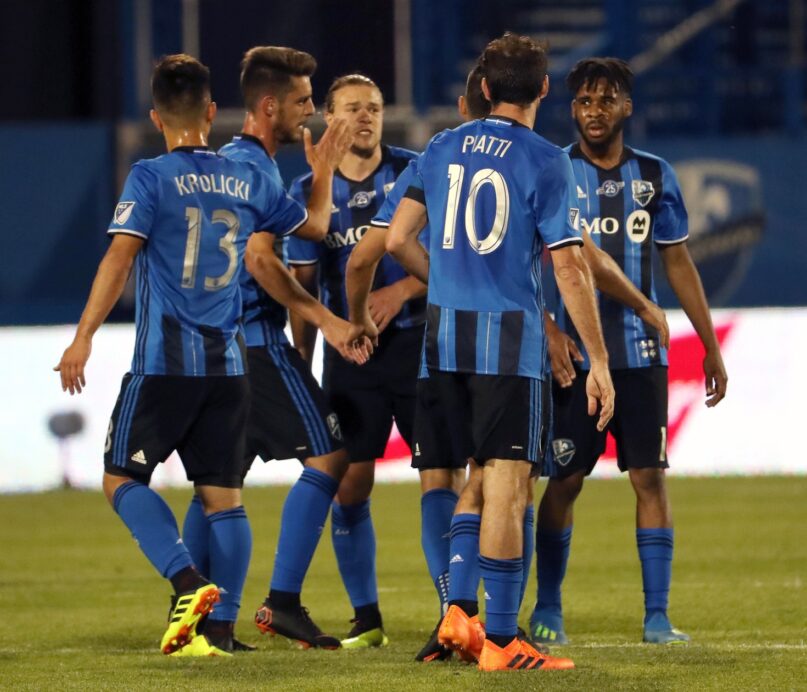 The Montreal Impact’s goalless streak clocked in barely a half hour short of the entire season two of Stranger Things.

After four straight losses, the Impact welcomed the Houston Dynamo—that had never won at Stade Saputo— and finally broke the curse with a 1-0 win. The timer stopped at 426 minutes between Ignacio Piatti’s goal against the New England Revolution on May 5 and Jeisson Vargas’ game-winner Saturday night.

In a surprising but also relieving fashion for the Impact, the long-awaited goal did not involve the Argentine designated player. Where the Impact often times rely heavily on Piatti’s play, Vargas and Samuel Piette were the ones that ended the Impact’s drought.

“Jeisson scored a fantastic goal, like he can do,” said Remi Garde. “He has a fantastic [opportunity] to strike, the speed of his turn on his first touch and to shoot the ball very quickly was fantastic.”

Piette was a crucial character in the Impact’s realization. The Canadian international intercepted DaMarcus Beasley’s clearance before finding Vargas with what was the game-winning assist.

“I was happy to get an assist there and break that streak for no goals in forever,” Piette told SBI. “But whether I would have scored or assisted, it doesn’t matter we just needed to put one in the back of the net.”

At defensive midfield, Piette is the first to mention that scoring or giving the final pass isn’t the first thing that crosses his mind. Above all else, his ball recovery is what most caught Garde’s attention.

With Garde flipping his squad from a 4-3-3 to a 4-2-3-1 formation, Piette was placed to the right of Saphir Taider in central midfield. In a sweeper-like role, leaving more space for Taider to go forward, Piette managed to recover the ball a total of 16 times in the game.

“It was a new formation that we hadn’t played with this season. I was a bit lost at the start, I’m used to being alone [in the center of midfield],” Piette said.

For Garde, Piette can “recover balls in any formation, regardless.”

Another point of relief for the Impact head coach is regaining the option to call on Vargas. The Chilean did break the deadlock but was virtually invisible for most of the game. Garde admitted that he didn’t see Vargas do as much as he would have wanted but stressed that he had been coming back from injury.

“It was the first game that he came back and it’s not always easy,” Garde said. “And the way that Houston defended was hard for him because the space between their midfield line and their defending line were not very stretched and he [didn’t have] a lot of space to move.”

Against the Dynamo, the Impact showed a lot more pressing than usual with attacking players tracking back to try winning the ball back. For Fanni, this new style is a win-win for the team’s offensive and defensive corps.

Fanni thinks that his team should consider keeping a similar strategy going forward in hope of a kickstart to their season.

“We need to know how to alternate because there are times where we need to wait on [the opposition] to better counter,” said Fanni. “But recovering the ball higher up creates more danger on the opposition. There are a few teams that have a hard time to get the ball out so we shouldn’t be scared to do this.”