Paunovic still seeking improvement from Fire after win over Quakes 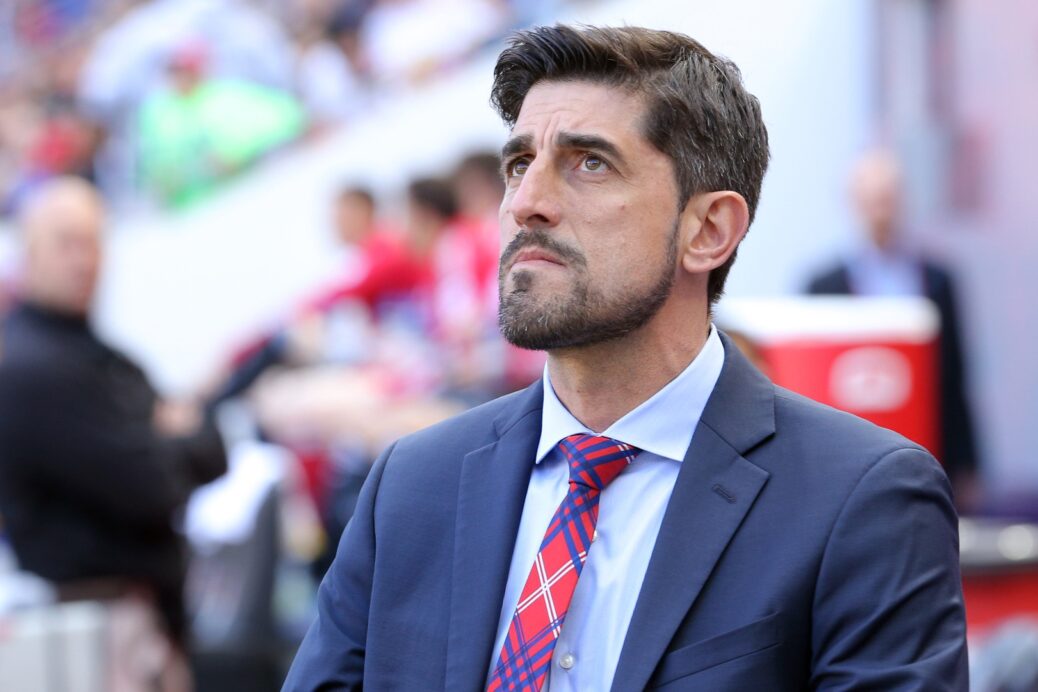 The Chicago Fire have struggled with consistency at times this season. Any time you think they are going to turn the corner, they run right into a wall and have to start over.

As the calendar flipped to June, Veljko Paunovic’s side got off to a fresh start, as they defeated the San Jose Earthquakes, 2-1, at Toyota Park. For the second time in their last three matches, they kicked off the scoring and eventually built a two-goal cushion. Despite allowing a 74th-minute goal by San Jose forward Danny Hoesen, the Fire buckled down and held on for their fifth win of 2018.

Despite the win in front of the home fans, Paunovic knows his team faces a tough stretch with three games before the World Cup break.

“It’s going to be a challenge for us with matches coming one after another and we will have to be ready for all of them,” Paunovic said. “Hopefully soon we can get players back to help the squad, but right now we have to take a game by game mentality with a busy stretch coming.”

Starting goalkeeper Patrick McLain was the latest player injured on Saturday, as he had to be subbed off before halftime. The 29-year-old , who was making his third consecutive start for the Fire, was replaced by Richard Sanchez in the 44th minute. McLain joins a list of injured players that features the likes of midfielder Dax McCarty and wingback Matt Polster.

“We have to see what the diagnosis is, but in my eyes it was not good,” Paunovic said. “If it is a minor tear then he will probably miss at least six-to-eight weeks which adds another injury to our list already.”

On the attacking end, the Fire scored two very good goals with Alan Gordon and Aleksandar Katai each finding the back of the net. Gordon’s 29th minute header came on a beautiful cross by Luis Solignac, which the veteran forward headed past Andrew Tarbell.

It was the 36-year-old’s third consecutive match with a goal, which marks the first time he has done that since 2012. Gordon has four goals in 2018 filling in for starting forward Nemanja Nikolic, who made a cameo off the bench in the second-half.

“It’s my first goal at home, and it’s special when you score at home because it gets the crowd involved,” Gordon said. “They were behind us tonight and that was important for us to close out the game.”

“I’m very, very happy with (Gordon’s) performance, he’s a fantastic professional, very direct and clear,” Paunovic said. “We ask what he needs, he tells us ‘that’s fine, I need more, I need less, I don’t need anything.’ That’s how a veteran player and professional works.”

“On the other hand, not only on the field and not only in his performance he’s playing his role as a veteran of the field,” Paunovic said. “Guiding the youngsters and being an example and also giving his input on what we can do better and that’s something that I think we missed in the past but now we have it and we have to take care of it.”

Katai had the prettier of the two goals, as the Serbian received a pass from Brandt Bronico down the right wing and scooped a right-footed shot over Tarbell and into the top corner. It was Katai’s fourth goal with the Fire this season and his second over his last three appearances. The 27-year-old has shown flashes of his skill and creativeness but Paunovic is hoping to receive more from him as the season progresses.

“I did see better from him but I also see lack of consistency in his game,” Paunovic said. “Fantastic goal today but still I think he has more to give.”

The Fire may have gotten the win, but Paunovic was disappointed with his side’s lack of ability to close out the clean sheet. For a team that only has two clean sheets in 2018 and has allowed the second-most goals in the Eastern Conference, that will need to change if they want longterm success and want to make the playoffs.