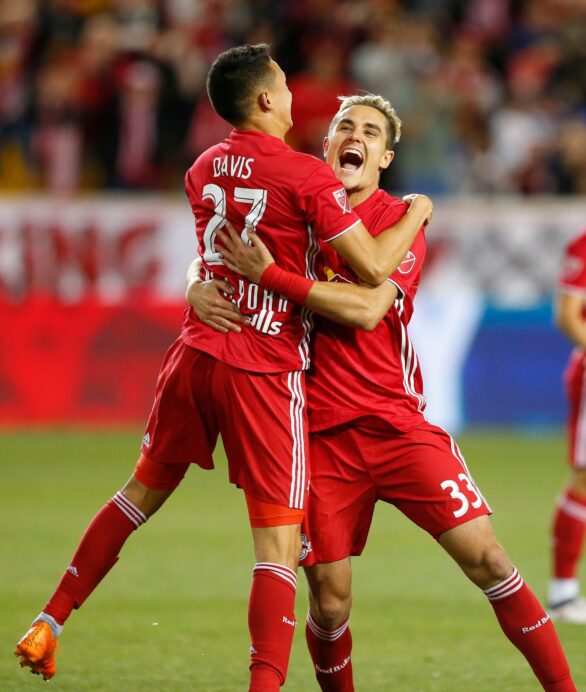 The U.S. Open Cup fourth-round match between the New York Red Bulls and New York City FC was not like the usual rivalry match.

Out of necessity and desire, both coaches chose not to play many of their usual starters. Yet, the Red Bulls enjoyed the same success as their last meeting with NYCFC, beating them 4-0 and the result allowed the club, not just the team on the field, to shine, which was part of the plan for Jesse Marsch.

“I even challenged the team before the game to use us stylistically,” Marsch said. “And it’s a derby and a chance for us to showcase our team and showcase our club and showcase what we do here and no doubt our players went out and did that.”

The Red Bulls’ lineup featured eight past and present players for their USL team, with former Red Bulls II player Sean Davis captaining the side. This combination of players, though not suiting up for the senior team frequently, missed very few beats, putting on a dominant display, doing their job in the back and up top.

“There’s great chemistry amongst those players,” Davis said. “All of us have worked really hard for a long time together and we’ve played a lot of Red Bulls II games together. We’ve been in training for the past few seasons and so for it all to come together tonight is very special.”

Wednesday’s performance followed the well-known set up of the New York Red Bulls, where the MLS team, USL team, and all of the youth teams play the same style of soccer. As Vincent Bezecourt, one of the night’s goalscorers, noted, it makes transitioning a lot simpler.

“When I first got here, I think three years ago, it took me a little while to understand the tactics but now I think everyone in the roster, in the first team roster, in the second team roster, knows what to do,” Bezecourt said. “There’s this path from the second team to the first team that is great, so when we get the call, that means we’re all ready. It’s pretty easy to move up from one team to another because the demands are the same.”

The combination of chemistry and synergy allows for an easy transition for the more experienced members of the team who are given leadership roles at young ages.

Such was the case for Aaron Long, who played alongside Hassan Ndam and Ethan Kutler in the backline.

“I think being here for two years you know the system and it’s easy to help these young guys that you play with every day when they step on the field,” Long said.

Ultimately, being successful with the Red Bulls means accepting the demands of the coaches, though Marsch had more colorful language to describe the process.

“I don’t know if I should even say this, but sometimes I call it brainwashing, right, because when you come here, you have to believe that this is the way to play the game,” Marsch said.

“If you have any doubts or you want to play but you have game and you want to pass the ball around and you want to think all about possessions, this is not your place and it won’t work,” Marsch said. “You have to buy into who we are and how we do things, and if you do, you are rewarded.”