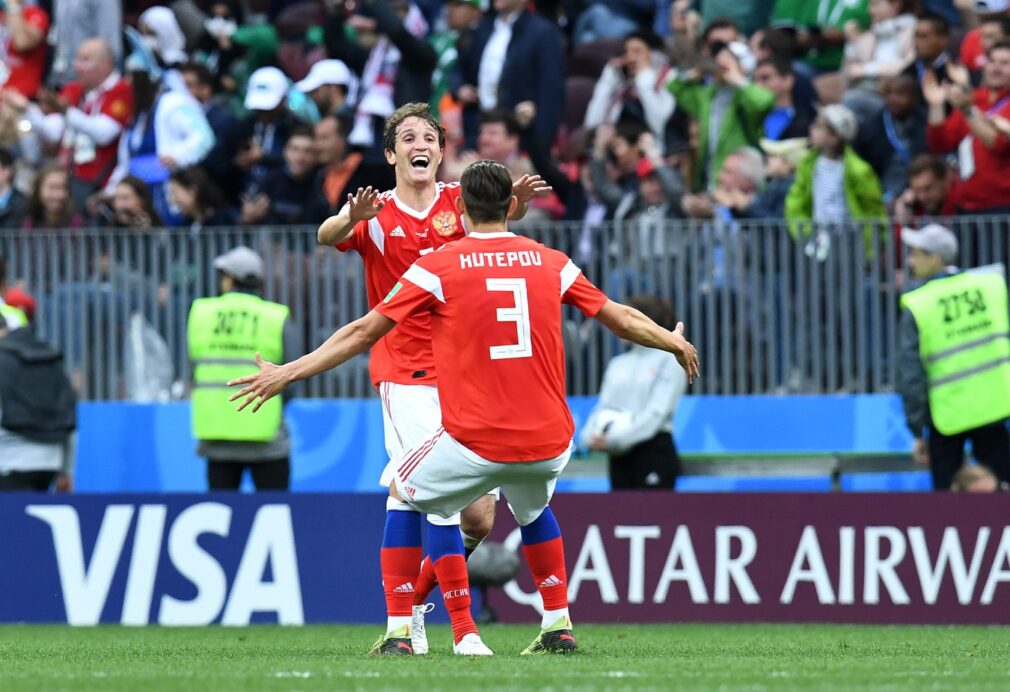 Russia continued its remarkable run at the 2018 World Cup Tuesday by inching close to a berth in the knockout round.

With his 59th-minute goal in the 3-1 win over Egypt, Denis Cheryshev tied Cristiano Ronaldo at the top of the Golden Boot standings.

Cheryshev poked in his third goal of the tournament from close range to give Russia a two-goal advantage.

The 27-year-old, who made a return to the Russian team earlier this year after a two-year absence, stole the spotlight when he entered for the injured Alan Dzagoev in the opener against Saudi Arabia and he’s taken full advantage of his opportunity.

Cheryshev wasn’t the only Russian player who impressed Tuesday, as Artem Dzuyba shined up top for the host nation.

Who do you think was Tuesday’s Player of the Day at the World Cup?