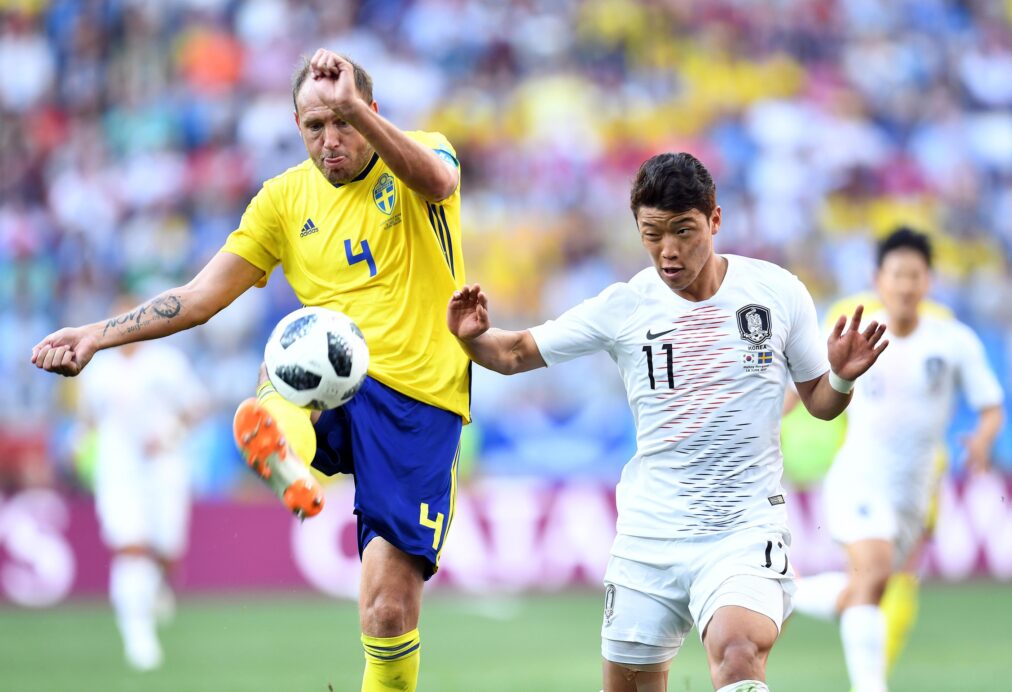 Sweden’s first win at the World Cup since 2006 came in the least aesthetically pleasing game in Russia.

Fouls and poor attacking marred the second Group F contest of the competition, but VAR saved the day for Sweden in order to pull out a 1-0 win over South Korea.

Sweden created the better chances in the first half, but the forward pairing of Marcus Berg and Ola Toivonen struggled to consistently challenge Cho Hyun-woo in the South Korean net.

Berg received the best chance of the opening stanza in the 20th minute, but his shot from close range was denied by Cho.

Sweden, who was the better attacking side throughout 90 minutes, earned a penalty in the 64th minute, when VAR ruled a tackle by Kim Min-woo took down Viktor Claesson in the box.

After referee Joel Aguilar signaled for the penalty, Sweden captain Andreas Granqvist stepped to the spot and knocked home the lone goal of the contest.

South Korea put a bit of pressure on the Sweden net in the final 25 minutes, but the closest it would come would be Hwang Hee-chan’s stoppage time attempt into the side netting.

Sweden joins Mexico atop Group F with three points and will take on Germany on Saturday, while South Korea faces Mexico on Saturday.

In addition to scoring the game’s only goal, Andreas Granqvist made a few key blocks in defense to keep South Korea away from the net.

Kim’s tackle on Claesson was worthy of a penalty, but it wasn’t ruled a spot kick until Aguilar went to the monitor.

Son Heung-min was silent in attack, as South Korea managed two shots, none of which were on goal.