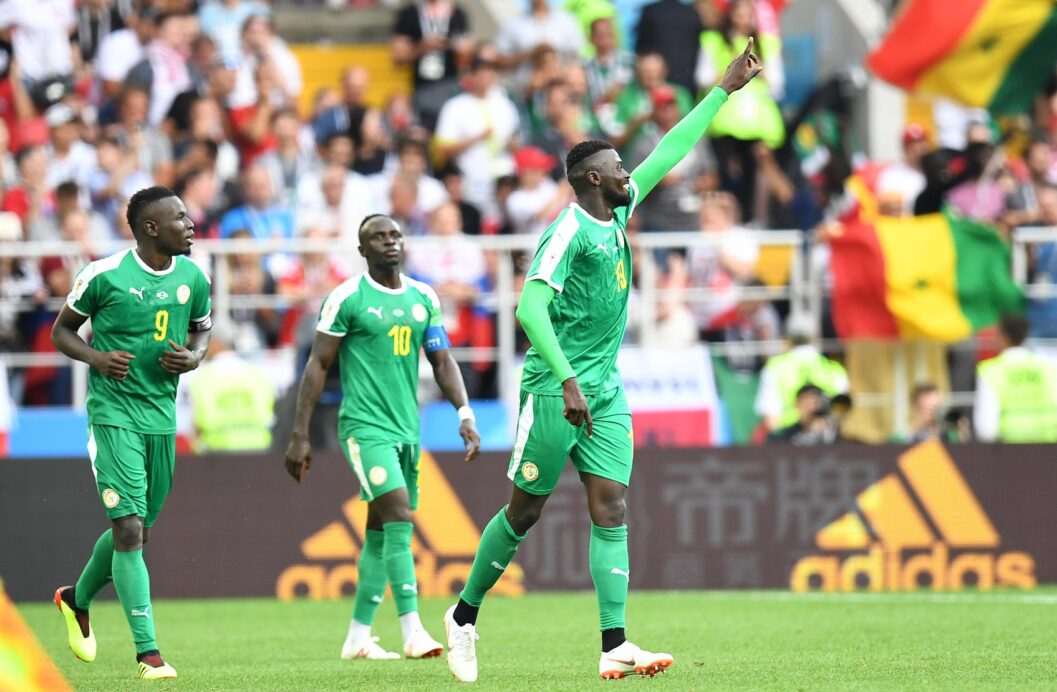 A few lucky bounces and decisions allowed Senegal to push past Poland in its first World Cup match in 16 years.

The African nation, who made the quarterfinals in Japan and South Korea in 2002, knocked off Poland, 2-1, behind a pair of fluky strikes.

After a less than thrilling opening 35 minutes, Idrissa Gueye’s shot deflected off Thiago Cionek and past Wojciech Szczesny for the game’s first strike.

Poland’s best chance for an equalizer came in the 50th minute, when Robert Lewandowski’s free kick appeared to be on a collision course with the back of the net.

However, Khadim Ndiaye read the set piece correctly and leaped to his left to keep out the blast from the Bayern Munich forward.

A bizarre situation played out in the 60th minute in the buildup to Senegal’s second goal.

As Senegal was preparing a substitution, Mbaye Niang was allowed back on the field by the referees during the run of play. As Niang trotted over from the sideline, the ball was played back in the direction of Szczesny, who was forced to rush off his line to clear. Niang eluded Szczesny and finished into an open net to secure Senegal’s third-ever World Cup victory, all of which have come against European sides.

Poland pulled back a late tally in the 86th minute, as Grzegorz Krychowiak connected with a free kick and headed his third-career international goal into the right side of the net.

The next step in the wild Group H for each team comes on Saturday, as Senegal faces Japan and Poland takes on Colombia.

Khadim Ndiaye made a massive save on Lewandowski at the start of the second half and remained solid in between the pipes throughout the match for the victors.

Niang’s second strike came off one of the bizarre situations we’ve seen in Russia, and it gave Senegal the necessary cushion to close out the contest.

Cionek and Szczesny were a part of blunders on each of the tallies netted by Senegal, and now Poland is close to desperation mode against a Colombia team in need of a win on Sunday as well.