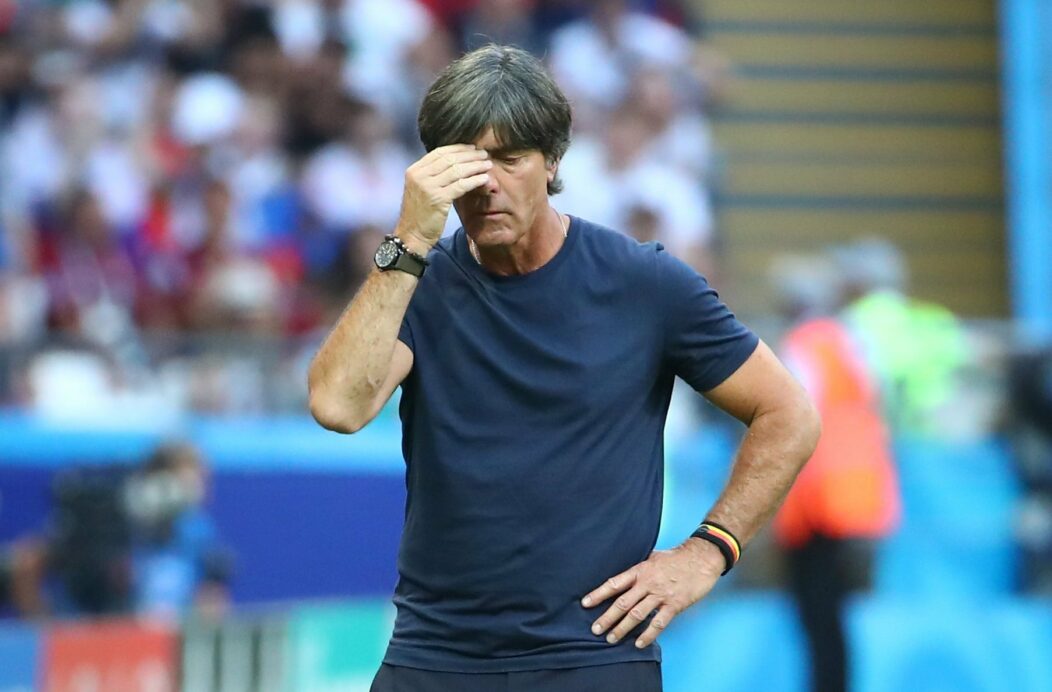 The fallout has yet to truly begin following Wednesday’s elimination, but Germany looks set for some big changes after failing at the World Cup.

Brazil’s team doctor blamed the hotel mattress for the back injury that forced Marcelo out of Wednesday’s win over Serbia. (REPORT)

Following Serbia’s World Cup exit, Sergej Milinkovic-Savic says he will take a break before deciding on his club future. (REPORT)

Despite reports linking the midfielder with a move, Marco Asensio will reportedly remain with Real Madrid. (REPORT)

Manchester United is reportedly asking for “silly prices” for any transfer of Anthony Martial. (REPORT)

Juventus is reportedly looking to sign Juan Cuadrado to a new deal. (REPORT)

Mexico survived despite a loss to Sweden on Wednesday. (READ)

Mexico was served a humbling lesson with the knockout rounds looming. (READ)

Brazil topped the group with a win over Serbia. (READ)