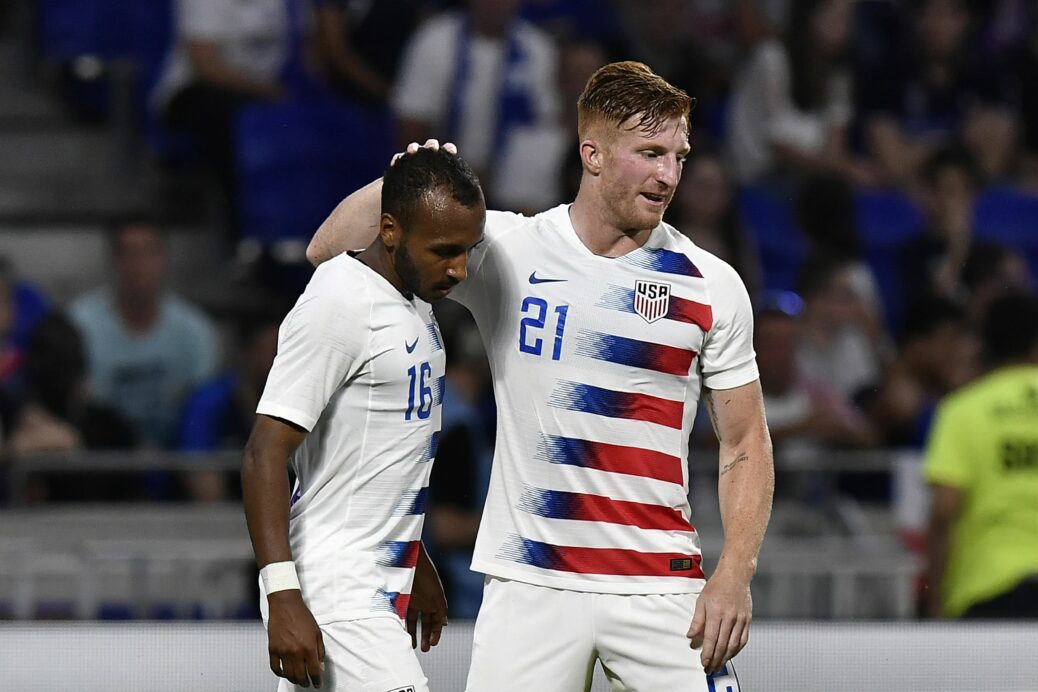 When you earn your first caps for your national team, there are always going to be some nerves when the match kicks off. Throw in a match against World Cup hopefuls France in Lyon and that is expected to add to your heart rate a little more.

For Tim Parker, this international break has given him the chance to represent the U.S. Men’s National Team for the first time. After earning his first cap in a 2-1 loss in Ireland, Parker started on Saturday and played the full 90 minutes as the USMNT got a 1-1 draw against Les Bleus.

Starting in a back-five with Cameron Carter-Vickers and Matt Miazga as his centerback partners, Parker helped Dave Sarachan’s side to a positive ending to their three-match international break.

“There were some nerves to the start of the match,” Parker said. “It’s an intimidating game and environment but we have to step up to the plate when our name is called and I think we did a good job.”

Parker has shined in his time in MLS since beginning his career with the Vancouver Whitecaps in 2015. Gradually with Vancouver, Parker saw his appearances grow each season and was a defensive leader for the team throughout 2017. The 2018 season has seen him move to the Eastern Conference as he was traded to the New York Red Bulls prior to the start of the regular season.

Saturday’s test against France was probably his biggest yet with the never-ending list of offensive firepower that the hosts head at their disposal. Antoine Griezmann, Kylian Mbappe and Olivier Giroud all starting up front while Paul Pogba featured in midfield. Parker and his backline were pressured heavily, but fought back and held France to only one goal for all of their work.

“The first 10-15 minutes we weren’t as clean as we wanted to be and I think that was due to the nerves,” Parker said. “But when we needed to buckle down and weather the storm I think we did a good job. When you have a guy like Zach behind you making saves like he was, it’s always a good feeling.”

The U.S. may not have earned a victory for their strong defending, but they did claim their first ever result against France. After being shutout in their prior three friendlies, the U.S. scored their first goal and showed that even a younger squad can still put in the work to frustrate a European heavyweight like they did on Saturday.

“Defensively, I think our team did a terrific job in terms of what we wanted to do,” Sarachan said. “The shape throughout the match, the ability to close the match out which we didn’t do against Ireland was important and I can’t say tonight was a poor performance at all for our guys.”

Parker earned his first senior caps this trip with the U.S., like many other American hopefuls. While his national team is not competing in Russia this summer, there is still a lot for the future that the defender is optimistic about.

“What we can take away from this trip is great experiences in great environments,” Parker said. “Against some good competition, the next step is to take this and go with it.”

Parker now will return to the Red Bulls who host the Seattle Sounders in MLS play on June 13th.