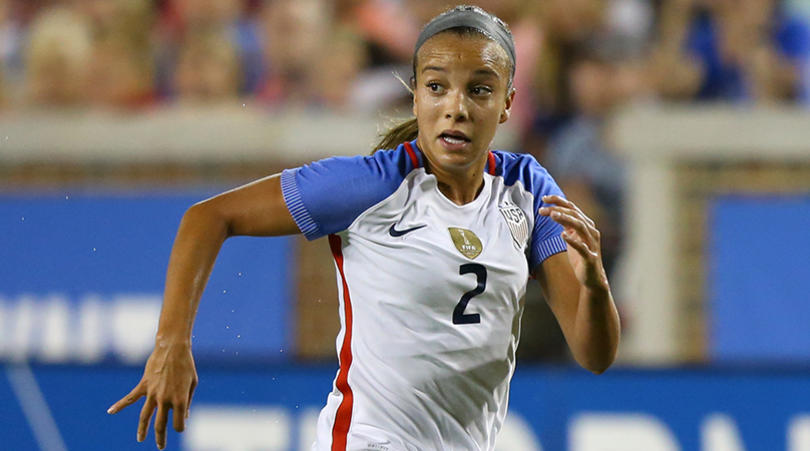 The U.S. Women’s National Team will be without one of their rising stars for their upcoming matches this summer.

20-year-old Mallory Pugh is set to miss 2-3 months after being diagnosed with a sprained PCL on Friday. The forward suffered the injury in her May 27th match with the Washington Spirit against the Houston Dash in the National Women’s Soccer League.

Pugh did not appear in the USWNT’s latest friendly on Thursday, a 1-0 win over China in Utah and is now set for a long spell on the sidelines.

“This isn’t the greatest time to get an injury like this, but with the support of medical staffs from U.S. Soccer and the Spirit, as well as from my teammates and the fans, I’ll be back on the field as soon as possible,” Pugh said. “Now, my job is to rehab and I’m going to be really focused on that process.”

Pugh represented the U.S. youth teams from 2013-14, before earning her first senior cap in 2016. She has 11 goals in 35 appearances for the senior team, and has eight goals in 17 matches at club level.

The USWNT are next in action on Tuesday against China in Cleveland before kicking off the Tournament of Nations in late July.