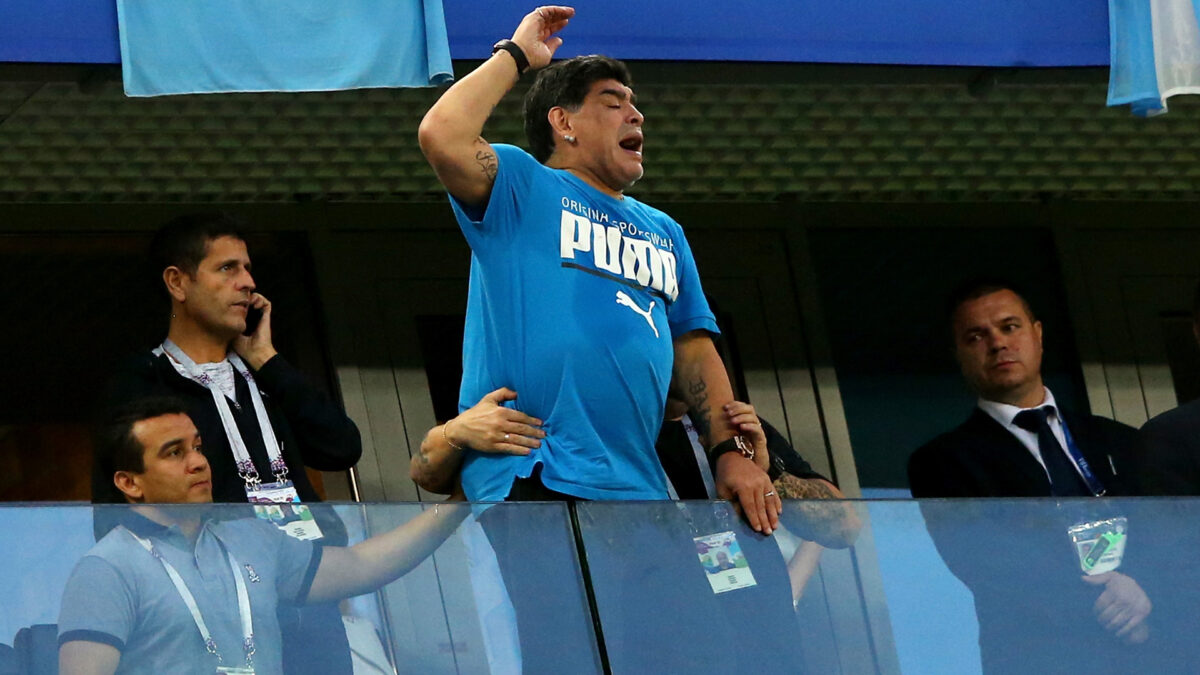 Following Argentina’s victory, a legend took centerstage as his side moved into the knockout round.

Diego Maradona says he is “fine” after a neck issue was checked out by medical personnel following Argentina’s win. (REPORT)

After missing out on Antoine Griezmann, Barcelona has reportedly set sights on Gabriel Jesus. (REPORT)

Inter Milan midfielder Rafinha is in search for a new club. (REPORT)

Argentina showed positive signs in their stunning win over Nigeria on Tuesday. (READ)

Despite cruising through the group stage, France has yet to truly take it out of cruise control and impress. (READ)

SBI asks which USMNT friendly you’re most excited for this fall. (READ)