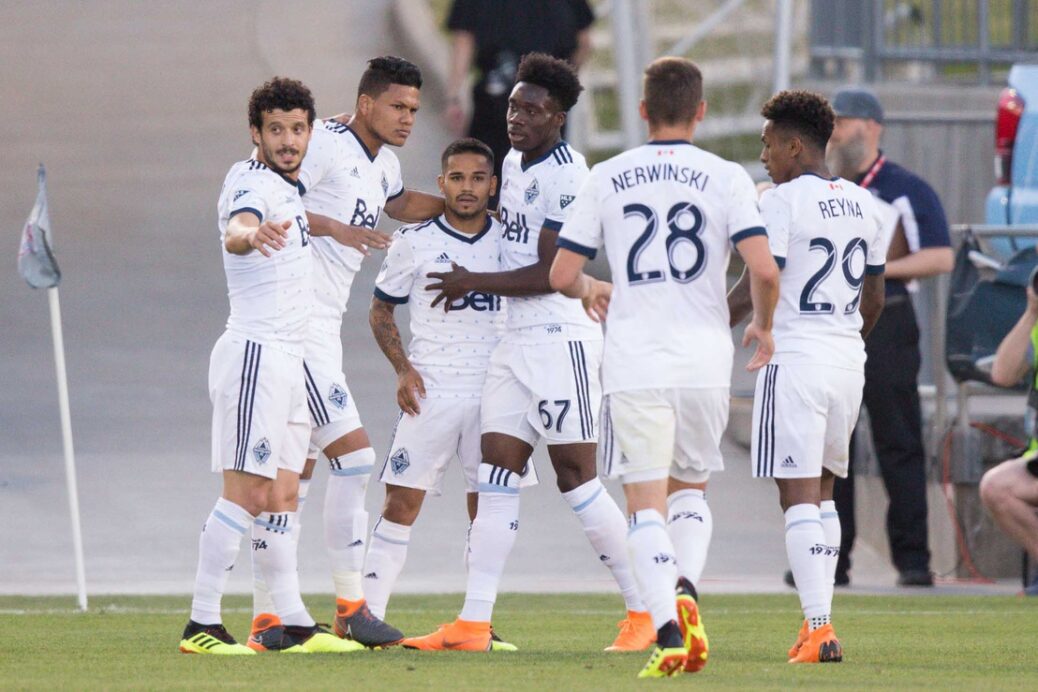 Anytime you go on a winless stretch, the light at the end of the tunnel could feel like it’s shrinking faster and faster.

The light for the Vancouver Whitecaps just got a little bit bigger after a huge 2-1 road win against the Colorado Rapids on Friday night. A pair of first-half goals by Cristian Techera and Yordy Reyna helped Vancouver snap a five match winless run in league play.

It was an action packed first-half with the teams combining for all three goals at Dick’s Sporting Goods Park.

Techera added to his already good form by opening things in the 17th minute for the Whitecaps. The Uruguayan got on the end of Reyna’s assist and slotted past Tim Howard. It was his fourth goal in his last two appearances, following a hat trick against New England last weekend.

Reyna added to Vancouver’s advantage in the 39th minute as he netted his second goal of the season.

Edgar Castillo pulled one back two minutes later however as the midfielder rifled home from outside of the box, making it 2-1 heading into halftime.

The offensive chances dropped for the Rapids in the second-half, with the hosts having numerous efforts blocked. Tommy Smyth’s header in the 74th minute was the lone shot for Colorado that wasn’t blocked by the Caps’ defenders.

Howard made two saves in the defeat for Colorado, who see their losing streak extend to seven matches. Anthony Hudson’s side (2-8-2) sit bottom of the West, and travel to Houston on June 9th.

Brian Rowe was rarely busy on the night, making one save for Vancouver.

Reyna helped set up Vancouver’s opener and played the hero, scoring the eventual winner. The Peru international easily had the best game of his season so far and will look to build on that next week.

After going down 2-0, the Rapids got some life back with Castillo scoring from long-range. However, the hosts scoring struggles continued as they failed to force a save out of Rowe the rest of the way.

The attacking pair of Dominique Badji and Yannick Boli barely made an impact, failing to record a shot on goal. Despite seven shots between them in total, the duo lacked the final product as the Rapids fell again.