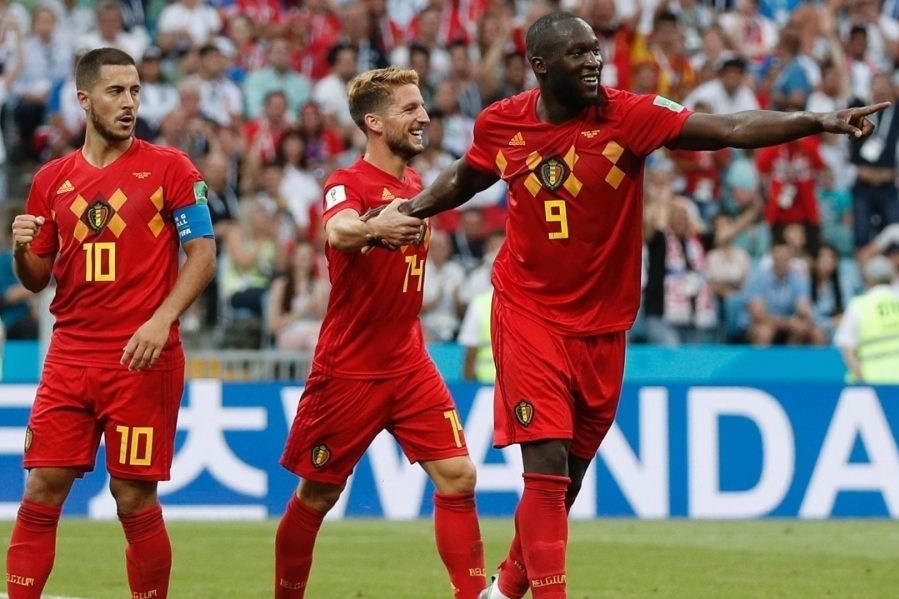 The 2018 FIFA World Cup group stage comes to a conclusion on Thursday with four remaining spots up for grabs in the knockout round.

Headlining the day’s action is a Group G showdown between England and Belgium, as the two fight for first place. Tunisia and Panama are also in action as both teams look for a positive send off.

Group H sees three teams fighting for two places with Senegal and Colombia doing battle in the afternoon. Japan currently leads the group and will face Poland, who are already eliminated.

The day gets underway in Group H with Senegal and Colombia squaring off in Samara. Both teams are still alive for a place in the Round of 16 but will need to be at their best to avoid a slip-up.

Senegal was pegged back twice in a 2-2 draw against Japan on Sunday, with Sadio Mane scoring his first goal of the competition. Despite his opener, Senegal allowed Japan to snatch a point in the four-goal thriller. Expect the Liverpool man to have a huge effect on the match itself as he tries to see his team into the knockout round.

Colombia are currently third in the group, but bounced back with a 3-0 win over Poland. Juan Cuadrado and Radamel Falcao each scored in the triumph, while playmaker James Rodriguez registered two assists. All three will be important if they want to advance from the group in either the first or second place spot.

Japan fought back for a point in their second group stage match, and will now have to get something from their match on Thursday. Takashi Inui had a goal and an assist in the draw against Senegal, while Keisuke Honda scored the second equalizing goal.

Defensively they will need to be on their game against a Polish side who will look to spoil the party.

Poland’s World Cup is all but over, but the side will seek three points in their finale on Thursday. Grzegorz Krychowiak has scored the lone goal for Poland in this competition, while Robert Lewandowski has been quiet.

Both players will hope to lead the offensive attack for the Poles who surely want to end the competiton on a high note.

Group G is up for grabs on Thursday and the two heavyweights will square off for first place in Kaliningrad.

Both sides are level on points and goal differential heading into their clash, knowing they cannot afford any slip-ups. England is coming off a 6-1 thrashing of Panama, in which Harry Kane netted a hat trick. Centerback John Stones has also been a threat for the Three Lions, after goals in their lopsided win.

Belgium edged Tunisia 5-2 in their last match, as Eden Hazard and Romelu Lukaku each netted braces. Michy Batshuayi scored a goal off the bench, and is expected to start in Lukaku’s absence after the striker picked up an injury last weekend.

Hazard has been an influential part of Roberto Martinez’s team, while Manchester City’s Kevin De Bruyne is also key. Both players will look to pull the strings as Belgium eyes a first place finish.

Panama and Tunisia are both on their way home from Russia, but could easily grab a win in their final match.

Both teams are coming off lopsided defeats against the two heavyweights of the group, with Panama getting the worse of them. Panama will seek help offensively from several MLS players who have all been quiet in this competition. Anibal Godoy is the lone goalscorer for Panama in Russia.

Tunisia will counter with playmaking winger Wahbi Khazri who is coming off a goal and an assist performance against Belgium. The Ligue 1 man is a talented player but will seek some help from his team to keep a speedy Panama side off the board.