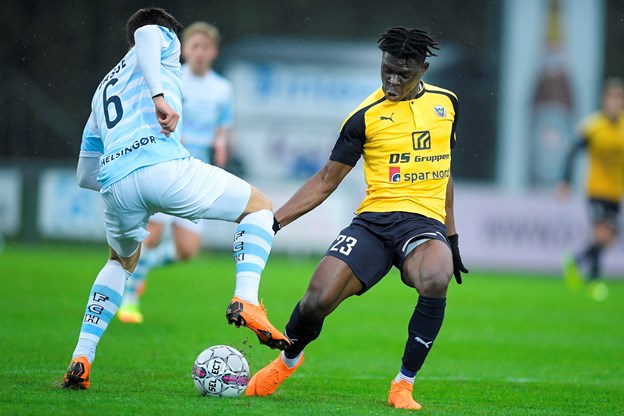 The 20-year-old netted his first goal of the season in Hobro’s season opener despite a 3-1 road loss to Vejle BK. Sabbi came off the bench in the 50th minute as Hobro tried to break a scoreless deadlock.

Already down 2-0, Sabbi rifled a right-footed shot into the top-left corner from outside of the box in the 73rd minute. It was his first since goal April 1st, and his second senior goal for the club.

Scorching half-volley from 🇺🇸 Emmanuel Sabbi for Hobro IK's only goal in a 3-1 loss to Vejle BK on the opening day of the Danish league. Sabbi was a second-half sub, came on in the 50th minute, scored in the 73rd. pic.twitter.com/iNtpwQVwA6

Despite pulling a goal back, Hobro would eventually conceded a third goal and lose 3-1 to the newly promoted side.

As for Sabbi, this should give him good momentum as he looks for consistent playing time with the club. Hobro is seeking to make the league championship in 2018-19 after failing to do so last season.

Not the result we were hoping for today, but happy to be on the score sheet⚽️ #Hobroik #ES11