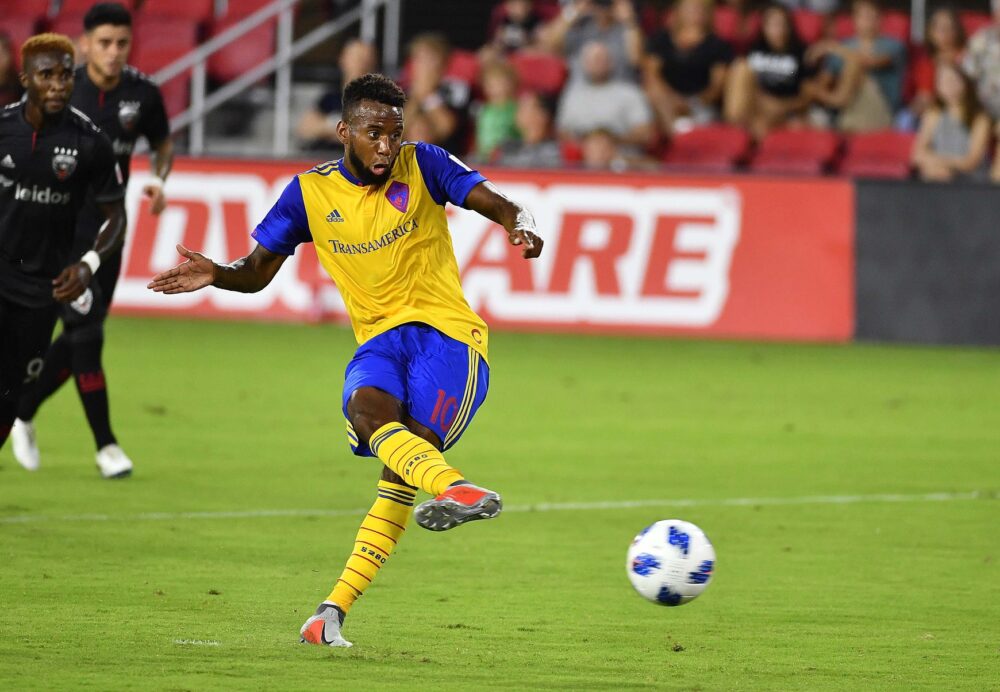 Making a switch from a conference contender to one of the league’s struggling sides is always going to pose questions for a young player. Kellyn Acosta showed no problems in his Colorado Rapids debut on Saturday night, answering many of his critics.

The Rapids however could not earn a point as a Niki Jackson own-goal in the 90th minute handed Ben Olsen’s side all three points. Acosta’s 26th-minute penalty struck the right post which could’ve led to a different end result in D.C. However, Hudson could see the confidence in his 23-year-old midfielder as he made up for his earlier miss.

“Kellyn got hold of the ball and he was confident,” Hudson said postmatch. “You want someone who’s confident enough to grab the ball, and Kellyn is a quality player. It goes in and it’s a dream debut. The reality is, the way he responded is outstanding.”

Acosta’s first competitive match with Colorado saw the U.S. Men’s National Team player finish with a 93% completion passing rate and seven shots in total. The Rapids only had one other efforts offensively, a second-half miss by winger Sam Nicholson.

After going from a team sitting +10 in goal differential to a Colorado side sitting on -11, it’s going to take time the Rapids to help Acosta star for the team. For the midfielder to help the Rapids lift themselves from a poor 2018 so far, he knows no added pressure will get in his way.

“I’m just trying to bring my attributes that got me to this point and bring them on the field and help out the team as much as I can and contribute,” Acosta said. “Whether it’s getting on the ball, scoring some goals, supplying assists, working on both sides of the ball. It’s kind of just using my characteristics to do well and add that to the team, and add a dimension to get some wins.”

The late winner for D.C. prevented the Rapids from earning their sixth road point this season. Colorado is the second-worst MLS side in road play this year, posting a 1-7-2 record so far. With the Los Angeles Galaxy coming to Dick’s Sporting Goods Park next Saturday, Hudson still has belief in this rebuild out West.

“After the start we’ve had to the season which we agree was horrible and tough, tough for everyone, not one player has given up the whole time,” Hudson said. “We’ve had a few performances where we’ve played some really, really good stuff, tonight especially. So for a team at the wrong end of the table, to come here and try to play the way we have, I’m encouraged.”