Atlanta United fights back for draw against 10-man Seattle 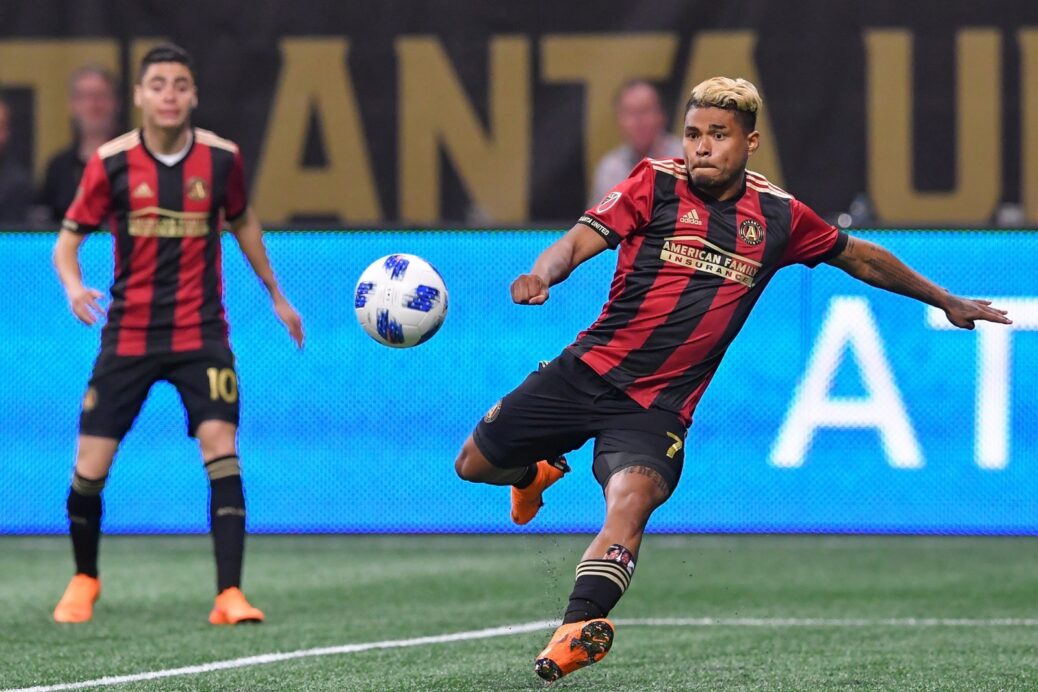 Atlanta United’s Josef Martinez is taking his game to a new level in 2018 scoring at will for his team. On Sunday, that trend continued for the Venezuelan forward who netted his 19th goal of the season for the Five Stripes.

Martinez’s second-half finish helped Tata Martino’s side fight back for a point in their 1-1 home draw with the Seattle Sounders.

Seattle had a go at the match in the opening half, breaking the deadlock in the 43rd minute. VAR ruled in favor of a handball by Atlanta’s Franco Escobar which allowed Nicolas Lodeiro the opportunity to score from the penalty spot.

It was Lodeiro’s second goal of the season for a Sounders attack hurting for goals.

Martinez didn’t need long to tie the match for Atlanta, heading in Julian Gressel’s cross past Stefan Frei in the 48th minute. The 25-year-old equaled his tally from all of 2017 and continues to press for the single season goalscoring record which stands at 27.

Jordan McCrary saw a second yellow card which reduced Seattle to 10-men in the 63rd minute.

LeAndro Gonzalez Pires headed off the bar in the 70th, while Chris McCann couldn’t score on the follow-up chance.

Miguel Almiron was also repelled by Frei later in the half, as did Gressel from long-range. In the end, the 32-year-old Frei made five saves in helping Seattle to a huge point on the road.

Brad Guzan was called into action twice as Atlanta moved back into first place on 41 points. The Five Stripes remain at Mercedes-Benz Stadium on July 21st to face D.C. United.

Seattle, who are unbeaten in their last three matches, host the Whitecaps also on the 21st.

Martinez helped the Five Stripes battle back for a point, after the team went down before halftime.

Pires header rattled the bar which was a huge chance for Atlanta to take the lead for good.

McCrary may have gotten off the hook in the end with Seattle getting a point, but regardless the rightback will feel disappointed in getting sent off.